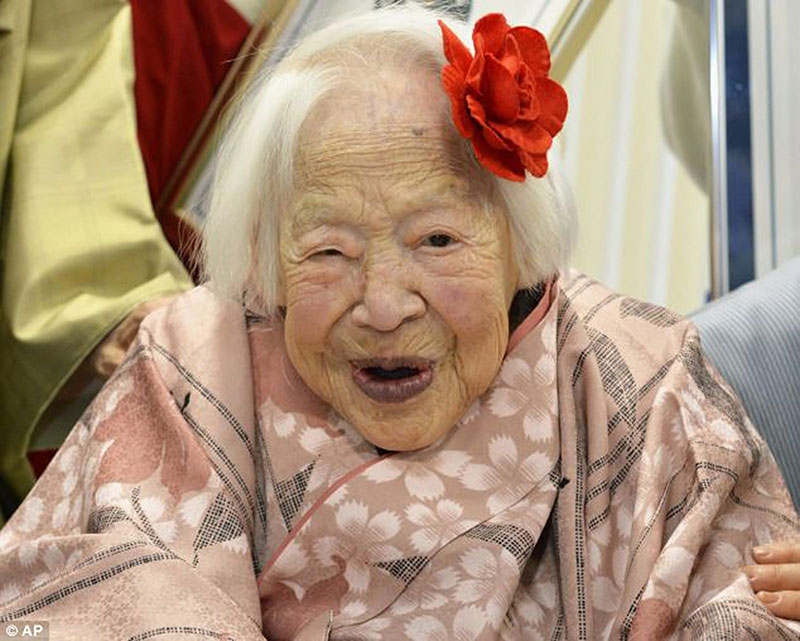 by Mar 05, 2015 12:00 am
Misao Okawa, a Japanese woman certified as the world's oldest living person by Guinness World Records, celebrated her 117th birthday on Thursday.

Okawa was born on March 5, 1898, the daughter of a kimono shop owner in Osaka. She now lives in a nursing care facility in the western Japanese city.

Okawa eats three meals a day and her favourite foods are ramen noodles and beef stew, broadcaster NHK said. She sleeps about 15 hours every day, the report said.

On Wednesday, the mayor of the local municipality visited Okawa and gave her flowers.

"I'm pleased," said Okawa, who was clad in a pink kimono.

Okawa operates her wheelchair when she feels fit, NHK said.

The world's oldest man is Sakari Momoi, also in Japan, who tuned 112 in February.