Not even books: Israel's ban on Palestinian culture 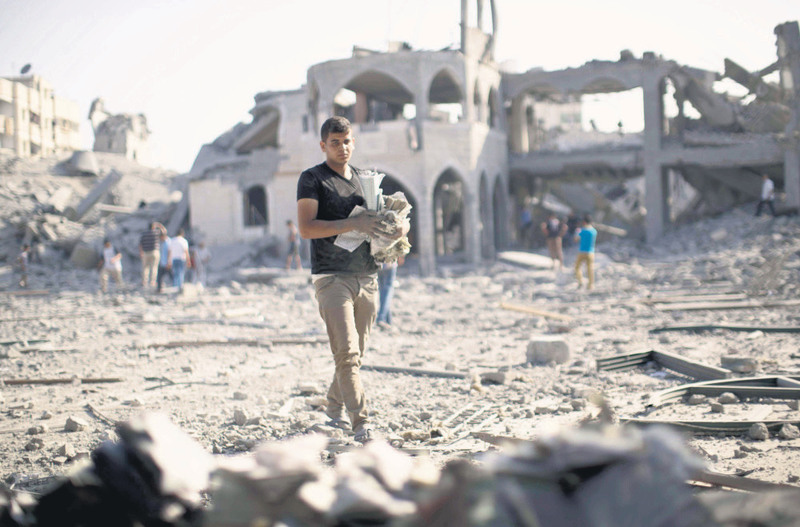 by Anadolu Agency
Mar 25, 2015 12:00 am
Now in its eighth year, Israel's blockade of Gaza continues to destroy the city's social and cultural atmosphere. Bookshops are unable to bring in new books, newspapers and either weekly or monthly magazines, as they have been isolated from the outside world. Bookshop owners increasingly complain about the deteriorating situation. One of them, Mahmud Ganin, 35, told Anadolu Agency that, unsurprisingly, the cultural atmosphere in Gaza has become worse over the past eight years. "No more weekly magazines or newspapers are brought to the city from the Rafah Border," he said. Ganim said that magazines and newspapers were allowed to enter the city following the exchange of prisoners between Israel and Hamas, but were banned shortly after. When former Egyptian President Mohammed Morsi was ousted by the military, the entry of newspapers, books and magazines was stopped. Ganim said that a limited number of books are brought from the Kerm Ebu Salim border crossing, but the ban on magazines and newspapers is still in effect.
Last Update: Mar 25, 2015 2:04 am