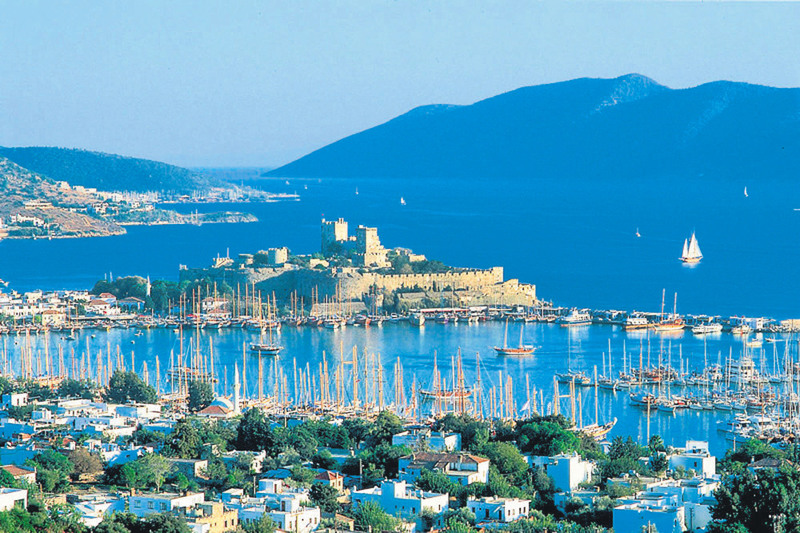 The cities of Istanbul, Ankara, İzmir and Muğla have been announced as Turkey's most livable provinces, in terms of education level, welfare status and livability, according to the Socioeconomic Ratings (SED) report by REIDIN, a global business information services for real estate professionals. The study results show that Istanbul's Etiler, Bebek, Arnavutköy and İstinye neighborhoods are the most livable neighborhoods.

Orhan Vatandaş, a senior analyst at REIDIN, told that the SED report is prepared to demonstrate the livability rate of provinces, districts and neighborhoods. The location-based report aims to provide consistent and reliable criteria and information for socioeconomic classification and rating. "Our study aims to rate regions in terms of their livability, educational level and wealth status," Vatandaş said.

Sale and rent prices are assessed to identify welfare status. Further, population, urban density, the number of shops, households, health institutions, hospital beds, the total number of crimes, rail mass transport systems, current life satisfaction data, population rate per each primary care physician, ambulance and 112 emergency service call centers and finally the density of particulars in the air are evaluated to measure the rate of livability. To assess the cultural status, the duration of education, the level of education and the density of historical and tourist sites are identified.

Vatandaş said that the report covers 62 cities and SED scores are produced according to the abovementioned socio-economic criteria for each region. The report enables readers to follow changes and developments in all regions in different periods according to necessities such as segmentation and prioritization for different purposes. The study results also attract professionals from telecommunications, retail and finance industries. Vatandaş said that the results provide important data for investment activities, target setting, segmentation, business development, location setting, identifying potential customers, trend analyzes, advertisements and public relations studies and detecting those areas of a city that area rising and falling in popularity.

The chosen cities, districts and neighborhoods were graded as "A+", "A", "A-", "B+", "B", "B-", "C+", "C" or "C-" in the report. According to the results, Istanbul, Antalya, İzmir and Muğla were rated A+, while Antalya, Sinop, Eskişehir, Edirne and Balıkesir received A. Other cities like Çanakkale, Konya, Yalova, Erzurum and Trabzon were in the category of A-. When the districts are examined, 22 percent of the chosen districts were rated B-, followed by 15 percent either with B+ or B. The study demonstrated that most of districts and neighborhoods in Turkey are moderate in terms of livability. Only five percent of the districts were included in the category of A+. Among the A+ grade districts, Beşiktaş, Kadıköy, Bakırköy, Fatih and Şişli can be mentioned in Istanbul. The district of Çankaya in Ankara, Bodrum and Marmaris in Muğla and Çeşme in İzmir were announced in the same class.

The SED report revealed interesting data regarding the livability of neighborhoods around the country. There are no A+ neighborhoods in Turkey apart from those in Istanbul. The neighborhoods of Etiler, Bebek, Arnavutköy and İstinye received A+ grade. The report said that the socioeconomic life in these four neighborhoods is significantly higher. Among a total of 1,100 neighborhoods, Ortakent and Camiavlu in Muğla, Eskibağlar in Eskişehir, Fener in Antalya, Mavişehir in İzmir, Mutlukent, Bahçelievler, Emek and Ahmet Taner Kışlalı in Ankara were rated either A or A- .

The cosmopolitan city of Istanbul also stands out with its low-grade neighborhoods on the list. The neighborhoods of Yenidoğan and Osmangazi in Istanbul's Sancaktepe district were C-. In the southeastern city of Diyarbakır, 5 Nisan and Alipınar neighborhoods were in the same category, along with Numune Evler in Hatay and Karşıyaka neighborhoods in Ordu and Şanlıurfa.
Last Update: Mar 27, 2015 2:18 am
RELATED TOPICS