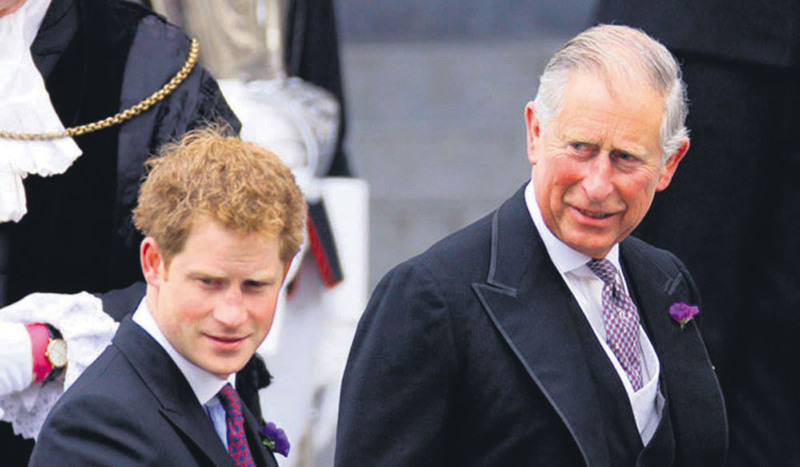 by Daily Sabah with AFP Apr 04, 2015 12:00 am
Prince Harry will begin a month-long attachment with the Australian Army on Monday, officials said, spending time on bush patrols, working with an indigenous regiment and possibly flying helicopters.

During the attachment, he will travel from Australia to Turkey to attend the Gallipoli campaign centenary commemorations and Anzac Day on April 24-25. It is expecting that Prince Charles, Prince of Wales and heir to the British throne, will accomopany him during visit.The 30-year-old, who will be nudged down to fifth in line to the throne by the birth of his brother Prince William's second child this month, has already announced he will leave the British military in June after his Australian swansong.

Upon arrival in Canberra, the royal will lay a wreath at the Australian War Memorial before reporting for duty to Australian Defence Force chief Air Chief Marshal Mark Binskin. Captain Wales, as he is known in the British Army, will be embedded with a number of Australian army units and regiments in Sydney, Darwin and Perth.

"He is expected to take part in a range of unit-based activities and training exercises," the Australian Defence Force said in a statement.

The prince, who has flown Apache helicopters for Britain, has reportedly asked to fly choppers in Australia, although a Defence Force spokesman said his credentials would need to be checked first.

Harry, who graduated from the elite Sandhurst military academy and served twice in Afghanistan, will also spend time with wounded and ill service personnel, whose rights he has long championed.

A captain commissioned in the Household Cavalry, Harry currently has a desk job organising commemorative army events in London. "After a decade of service, moving on from the army has been a really tough decision," he said in announcing his departure last month.

"The experiences I have had over the last 10 years will stay with me for the rest of my life. For that I will always be hugely grateful." Harry earned a reputation as a wild-child in his youth with party-going high jinks, but has since tried to carve out a more mature role for himself, with his devotion to military service playing a major part. He came to Australia during his gap year in 2003, where he worked as a "jackaroo" on a cattle station.
Last Update: Apr 04, 2015 2:06 am
RELATED TOPICS