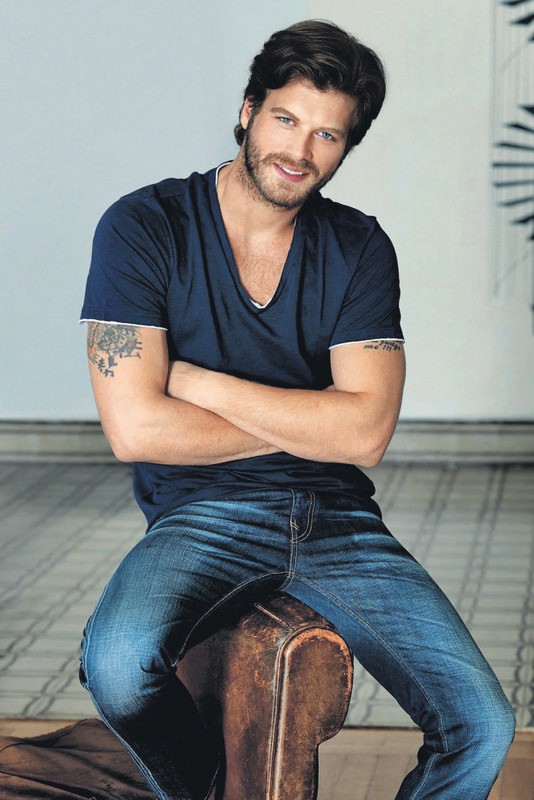 by daily sabah Apr 06, 2015 12:00 am
Popular Turkish actor Kıvanç Tatlıtuğ will star in a Turkish-German co-produced film that will begin shooting soon. Even though Tatlıtuğ's co-star has not been revealed yet, it is rumored that producers are specifically looking for a brunette actress to star alongside the 31-years-old actor.

Last week, Tatlıtuğ and his stylist girlfriend, Başak Dizer, went to a restaurant in Istanbul's Arnavutköy district for a meeting about his new movie that lasted four hours.

After the meeting, reporters asked about the rumors of the new movie's female lead, but the well-known actor left without answering questions. Tatlıtuğ has gained widespread fame across Turkey, the Balkans and the Arab world with his roles in Turkish TV series, including "Gümüş," "Aşk-ı Memnu" and "Kuzey Güney."
Last Update: Apr 07, 2015 10:04 am
RELATED TOPICS