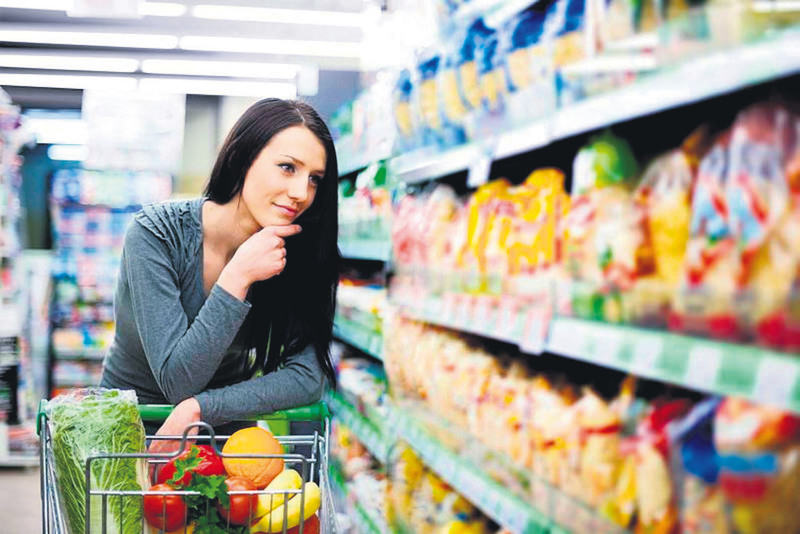 A study conducted by the Turkish Food Safety Association revealed the priorities of men and women while buying foodstuffs, with women preferring store cleanliness while men preferred product packaging. The study also showed that more than 40 percent of Turks believe food safety has improved compared to five years ago

As the World Health Organization (WHO) decided that the theme for this year's World Health Day will be "food safety," the Turkish Food Safety Association (GDD) released reports concerning research that studied consumers' knowledge levels.

GDD President Samim Saner said women pay more attention to the condition of the place where food is sold, while men pay more attention to a product's packaging. Stating they conducted this research to determine the perception and consciousness of food safety, Saner said they used a "special Eurobarometer," the 354 Eurobarometer research report that was conducted by the European Food Safety Authority in 27 European countries, as a base.

Saner, who spoke at a press conference about the research, reported that the study included 1,654 participants from 18 provinces in Turkey through a method called "computer-aided face-to-face survey." According to the research, two-fifths of the urban and rural population over the age of 15 thinks that food safety has improved in comparison to five years ago, while 44 percent of the 18-24 age group supports this idea and the other age groups also showed a considerable increase.

Of the participants, 70 percent said they trust product advertising. Yet, Saner highlighted that products' effect on health is the most important element in consumer choices. Saner, who underscored people living in urban areas are more hopeful about improvements in food safety, said: "There are important points that stand out in our research. Besides a general assessment, many people living in the Aegean and central and southeast Anatolian regions think that food safety is the same when compared to the last five years. Moreover, 89 percent of women consumers value quality, while 89 percent of men value the preferences of family members."The results also indicated that food safety and consumer awareness have developed favorably in the last five years. The poll revealed that more than 40 percent of the respondents think that food safety in Turkey has improved compared to five years ago. "In terms of food security, the right steps have recently been taken in our country. But we need to stress that it is not enough, there are still many things to do," Saner said.He emphasized the importance of raising awareness for people to be conscious of risks while consuming products. "For example, Circassian chicken or spiced mutton liver is offered on open plates at some restaurants. All of these are ticking time bombs. It is a miracle not to be poisoned by them," he added.

In addition, 80 percent of the respondents think that food additives are one of the most significant concerns in terms of food safety, as certain synthetic food colorants, stabilizers or flavor enhancers are believed to be a serious threat to health. According to 2010 WHO figures, there were an estimated 582 million cases of 22 different food borne enteric diseases and 351,000 associated deaths in the world. Africa recorded the highest disease burden for enteric foodborne disease followed by Southeast Asia, the figures showed.
Last Update: Apr 08, 2015 9:35 pm
RELATED TOPICS