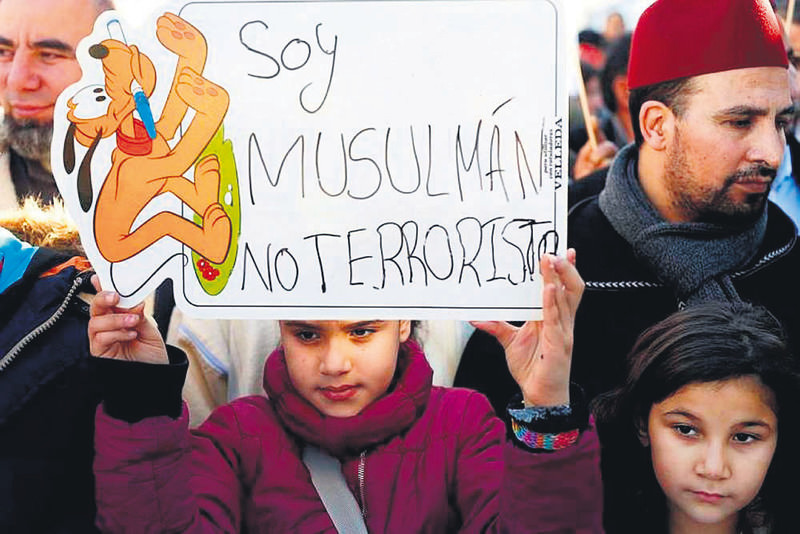 by Anadolu Agency Apr 09, 2015 12:00 am
Ninety percent of Muslim students enrolled in Spanish schools have no access to Islamic religion classes, according to a report published by the Union of Islamic Communities (UCIDE) in Spain on Monday.

As stated in the UCIDE demographics study of the Muslim population in Spain, only in Andalusia, Aragon, Basque Country, Canary Islands and the autonomous cities of Ceuta and Melilla offer basic Islamic education in elementary schools.

There are over 6,065 Muslim students in the Basque county, of which 5,032 are foreigners and the other 1,033 are Spanish. However, there are two Islamic education teachers in total at the primary level, the report says.

The UCIDE report suggests that, depending on the density of Muslim students in primary and secondary schools, communities of Balearic Islands, Catalonia, La Rioja, Madrid, Murcia, Valencia and Castilla-La Mancha should also offer Islamic religion classes.

According to UCIDE, Muslims make up 3.8 percent of the Spanish population, 40 percent are Spanish and the remaining 60 percent are immigrants.

Most of the Muslims in Spain are from Morocco although there is a significant presence of Pakistanis and Senegalese Muslims in cities like Barcelona, Valencia and Logrono.
Last Update: Apr 10, 2015 12:30 pm
RELATED TOPICS