Exhibition to benefit children in need 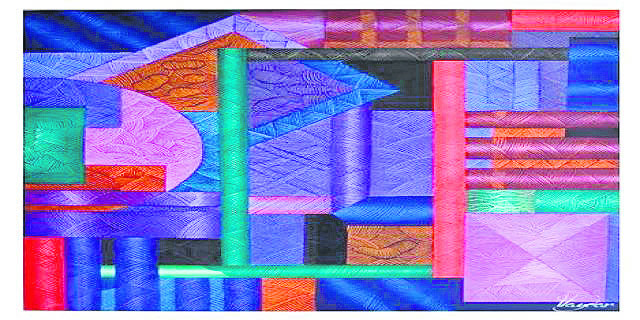 by Zeynep Esra İstanbullu Apr 17, 2015 12:00 am
Deyim Art Gallery hosts the exhibition composed of painter Haydar Ekinek's works in aid of Turkish Foundation for Children In Need Of Protection until May 2. The exhibition opened its doors to the visitors on Apr. 11 with a cocktail. Van-based painter Haydar Ekine who made a name for himself as the "Picasso of the East" uses nails in his oil paint paintings instead of brush. The artist has opened numerous exhibitions at prominent venues such as Grand National Assembly of Turkey is very popular in Turkey as well as abroad with his paintings. "I could not buy expensive tools for painting; however, I love to paint," says Ekinek about why he does not uses brush. "So I began using the nails I found lying on thr ground. Although I adopted this technique due to financial difficulties, it helped me to break a new ground in art. Painting with nails is both my artistic approach and my way," Ekine notes.
RELATED TOPICS