Being loved by friends most important criteria for Turkish children's happiness 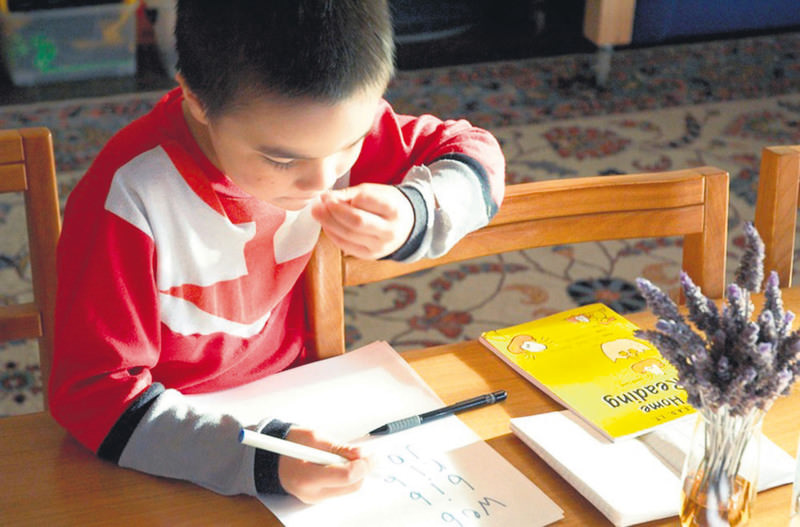 Considering their living conditions, 63.3 percent of the children surveyed said having a room of their own and a table to study.
by Daily Sabah with AA Apr 23, 2015 12:00 am

UNICEF study has revealed that children who are not exposed to domestic violence, have high exams scores, and are loved by their friends are happy

The United Nations Children's Fund (UNICEF) conducted a study that revealed the criteria Turkish children consider important when determining happiness or unhappiness in terms of financial situation, health and education.

The study titled "Identifying the Circumstances and the Places where Children are Happy in Turkey," performed in order to determine how children from different age groups, regions and socio-economic background identified the circumstances they are in.

The study, which was carried out in seven different provinces with 562 children between the ages of eight and 18, bears great importance as it exposes how children interpret their living conditions considering their financial situation as well as health and educational opportunities and define happiness.The project aims to contribute to the determination of the necessary indicators to be able to study children's happiness throughout Turkey. Disabled, Roma and working children as well as those who live in villages, those who have been forced to migrate and those living in secondary school dormitories were included in the study.

The survey features children's assessments on happiness and unhappiness regarding categories such as health, financial situation, education, risks and relationships.

Of the participants, 68.5 percent of the children surveyed said that they are happy when they feel energetic and strong regarding the questions related to health. Moreover, having good spirits and being able to play the sports they enjoy were named as indicators of happiness by children.

Upon questions about their financial situation, 62.3 percent of children surveyed said not being able to go on a holiday or taking a short trip with their family are sources of unhappiness while 58 percent of children said they are unhappy wearing old shoes and clothes. Children also pointed out working after school and being obliged to take care of their siblings as well as not being able to attend school trips, buy what they want from the school canteen and not regularly having pocket money as other sources of unhappiness.

Considering their living conditions, 63.3 percent of the children surveyed said having a room of their own and a table to study at is important while 56.2 percent pointed out living in a solid house with a good heating system and having a computer with an Internet connection as significant.

Of the children who participated in the survey, in the field of education, 73.3 percent said the most important indicator of happiness is having good grades. Being able to go to school regularly and not being exposed to discrimination by teachers were also pointed out as sources of happiness in education. Fifty-five percent of the participants said having a clean school with a big garden and sports fields are also among the factors that affect their happiness.

Upon questions regarding the risks they face or might face, 60 percent said they would be unhappy if somebody around them used drugs while 58 percent said being exposed to domestic violence would make them unhappy.

Regarding relationships, 63 percent of the children said that not being exposed to domestic violence or fights as one of the reasons for being happy. While 57.5 percent said having a good time with their parents makes them happy, 56.6 percent said having somebody in the family to share their problems with was one of their sources of happiness.

Being loved by their friends was given as a reason to be happy by about 79 percent of the children.

The study revealed that the most important thing that defines children's happiness in all categories is friends.
Last Update: Apr 23, 2015 11:53 pm
RELATED TOPICS