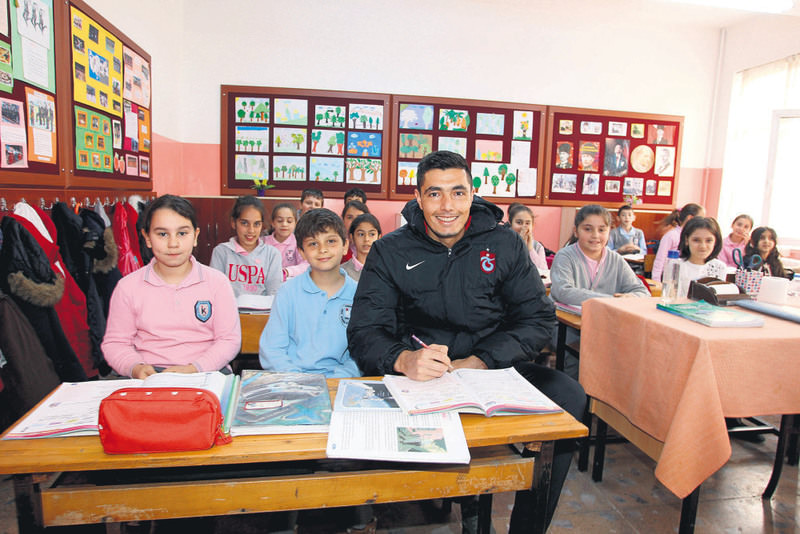 by daily sabah Apr 23, 2015 12:00 am
Ömer Taha Çoban, a student from İhsan Koz Elementary School in Trabzon, had promised to bring Trabzonspor football club's worldwide-known striker, Oscar Cardozo, to their class if he was elected class president. After he was elected to the post by class votes, Çoban met with the club's officials to keep his promise.

After he received a positive reply, the 32-year-old striker went to the school and attended the class to fulfill Çoban's commitment. Cardozo's visit caused a great surprise in the classroom with students chanting his name and lining up to take photos with him.

Expressing his gratitude to Cardozo for accepting his invitation, Çoban said: "We are very happy to see one of the best players of Trabzonspor in our class. He didn't refuse my invitation and attended our class, that's why I'm very happy and grateful to him."

Cardozo said that he found Çoban's idea very interesting and he expressed his happiness to help fulfill his election promise. Saying that he was pleased to be together with children, he congratulated Çoban's presidency, then departed from the school.
Last Update: Apr 23, 2015 11:50 pm
RELATED TOPICS