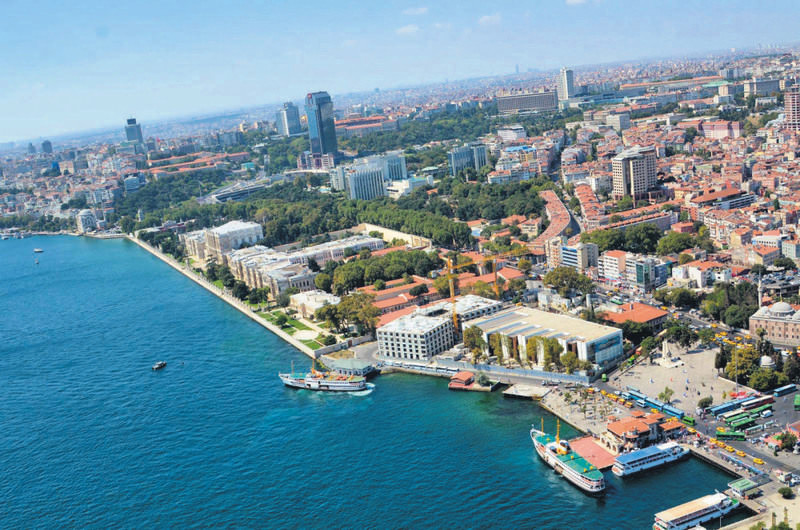 A study conducted by Istanbul University reveals that Beşiktaş, Kadıköy, Bakırköy, Şişli and Fatih are the best among the 39 districts of Istanbul in terms of different indices related to demography, education, health, social life, economic structure, transportation and environmental conditions

The Quality of Life in Istanbul study conducted by Istanbul University shows that Beşiktaş, Kadıköy, Bakırköy, Şişli and Fatih are the best districts for quality of life among the 39 districts of Istanbul while Arnavutköy, Sultanbeyli, Şile, Sultangazi and Esenler are rated the least livable in terms of living standards. Associate Professor Murat Şeker of Istanbul University's Economics Department said his research team conducted periodic studies and recorded socio-economic developments in each district. The first quality of life study for Istanbul was conducted five years ago and the socio-economic structure of its districts was found to be the most important element in defining living standards. A previous study also showed similar results. The highest standard of living was found to be in the districts of Kadıköy, Beşiktaş, Beyoğlu, Şişli and Fatih. When the two studies are compared, Kadıköy came first in the 2010 list, but dropped to second place this year and Beşiktaş is the most livable district of 2015 in Istanbul. Additionally, the historic Beyoğlu district was in the top five in 2010, but this year Bakırköy took its place.

Aside from the districts with the highest standards in living, the neighborhoods of Bebek, Etiler and Arnavutköy in Beşiktaş, Caddebostan, Fenerbahçe and Suadiye in Kadıköy, Üsküdar's neighborhoods of Kuzguncuk and Çengelköy and Sarıyer's Yeniköy and Tarabya neighborhoods are the most preferred residential areas. The study also puts the Princes' Islands on this list.

The people surveyed complained about street noise, the lack of gardens and balconies and small houses. They also criticized those who do not abide by traffic rules and pollute the environment. Air pollution, the insufficient number of green areas, parking lots, traffic congestion and few recreational areas are the leading subjects that are paid the least attention, according to the study results. The participants also said they spend less time reading books and magazines, watching TV, playing games and taking part in voluntary and political activities. Although they want more time for leisure activities, they are mostly busy spending time on the Internet. Almost half of those surveyed said their job is stressful and requires excessive effort while almost 44 percent are not satisfied with their wages.

According to the study results, the participants are not happy with their working life as most of them come home late and feel too exhausted to do housework. As they spend most of their time at work, they do not enjoy enough family time and cannot fulfill their familial responsibilities.

In terms of health services, participants mostly complained about spending excessive time at hospitals or at doctors' offices. Other problems include lack of interest among health care officials toward patients, improper physical examinations and a lack of hygiene.

The Istanbulites who were surveyed are also unhappy with the attitudes of the police forces toward them. The promptness, or lack thereof, of polices in responding to reported crimes is another concern regarding security services.

In addition to these findings, around 70 percent of those surveyed said they cannot go on a one-week holiday due to financial constraints and instead visit their relatives and family members. They also said they cannot eat meat, fish or chicken every other day, as they are unable to afford them regularly. In addition, a group of participants said they cannot update their furniture or buy new household goods when they would like.