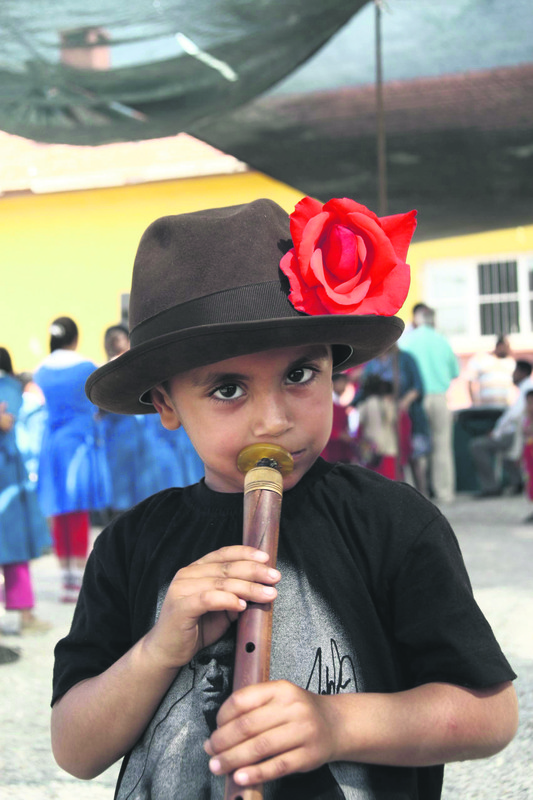 by Daily Sabah May 01, 2015 12:00 am
A project aiming to establish a theater company composed of Romanis has been initiated in Turkey's northwestern Çanakkale province.

The project was first mentioned by Çanakkale Governor Ahmet Çınar and will be running with the participation of actor and voice actor Cem Kurtoğlu. Kurtoğlu said in a statement that they would accept children along with adults in the theater company that they are planning to establish. Expressing his wish for the continuity of the theater company, he said they are currently focusing on two plays, Ahmet Kutsi Tecer's "Köşe Başı" (Street Corner) and Haşmet Zeybek's "Düğün ya da Davul" (Wedding or the Drum). "Apart from the theater company, we are also planning to establish an orchestra with Romanis. As was mentioned by Çınar previously, the theater company and orchestra will go on tour together. They might first visit districts in Çanakkale and then move on to other provinces around Turkey. "All these processes depend on developments in the upcoming days. We have initiated this project, and so far it is going beautifully. God willing, it will continue in that way," Kurtoğlu said.

He said Romanis are very talented and have a good ear for music. "There is great potential, but what we want to do here is to include Romanis in art circles, as they have always felt that they have been made outcasts. It is visible." Çınar said: "They have never been made outcasts. We want to offer them our services. We can begin with social and cultural events and the rest will follow." Kurtoğlu quoted the great leader Mustafa Kemal Atatürk's remarks on art: "Art is the light of our civilization." He said that art movements have always brought something new and have opened the doors of new eras throughout history. "Great artists continue to live in memory. Shakespeare lived over 500 years ago, but people still appreciate his works. Nobody knows the name of the English prime minister 500 years ago. That is why artists are people who steer a society's future," he said.He said they initiated this project because art improves people. Kurtoğlu said that Romanis would first get used to drama and learn the discipline of theater and stage before they continue their artistic activities.
Last Update: May 01, 2015 11:18 pm
RELATED TOPICS