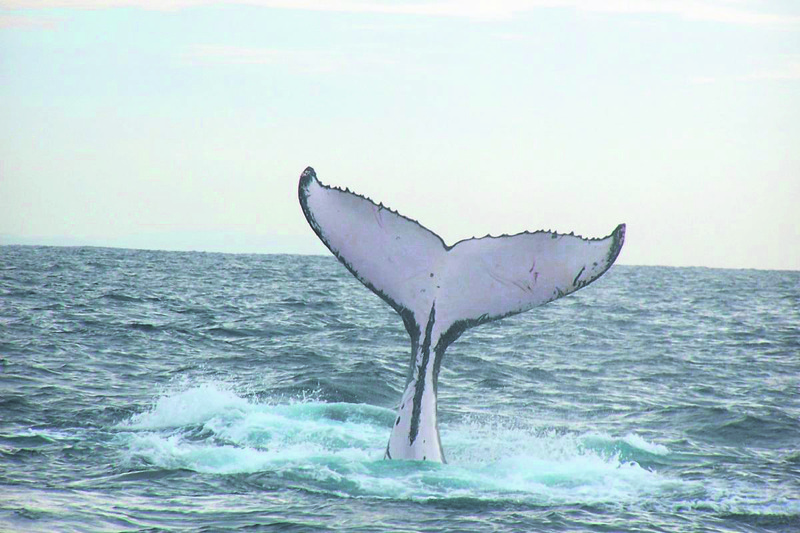 by reuters
May 05, 2015 12:00 am
When the fin whale gets ready to eat, Earth's second-largest animal opens its mouth so wide that it can gulp an amount of water larger than the volume of its own body as it filters out meals of tiny fish and shrimp-like krill.

When feeding, this whale measuring up to about 88 feet (26.8 meters) long and 70 tons increases its swimming speed, opens its mouth and lunges in the ocean.

The force of water rushing into the mouth during "lunge feeding" turns the tongue upside down and expands the bottom of the oral cavity into a huge pouch between the body wall and the overlying skin and blubber. As it closes its mouth, the whale filters out seawater through plates in the mouth while eating huge quantities of small prey.

In other animals and humans, this would cause significant damage to the nerves in the mouth and tongue, which have a fixed length. But scientists revealed on Monday how the fin whale and its closest cousins, including the even-bigger blue whale, do this without shredding their nerves. These nerves, they said, can stretch to double their usual length and recoil like a bungee cord without harming the nerve fibers.

"Yes, this is way cool," said anatomist Wayne Vogl of the University of British Columbia in Vancouver. "Not only do tissues in the floor of the mouth have to adjust to dramatic expansion and recoil, but all the 'plumbing and wiring' to the structures have to adjust as well, hence the stretchy nerves."

They discovered this feature while examining the carcass of a fin whale, an endangered species found in all the world's oceans. Only the blue whale, up to about 100 feet (30.5 meters) long and 150 tons, is larger.

Vogl said the nerves that supply the expandable tissues in the floor of the mouth can stretch to accommodate dramatic changes in oral cavity dimensions during "lunge feeding." Rorqual whales possess grooved or pleated skin on the underside of their bodies, from the chin almost to the belly button, that balloons out as their mouths fill during lunge-feeding. The research was published in the journal Current Biology.