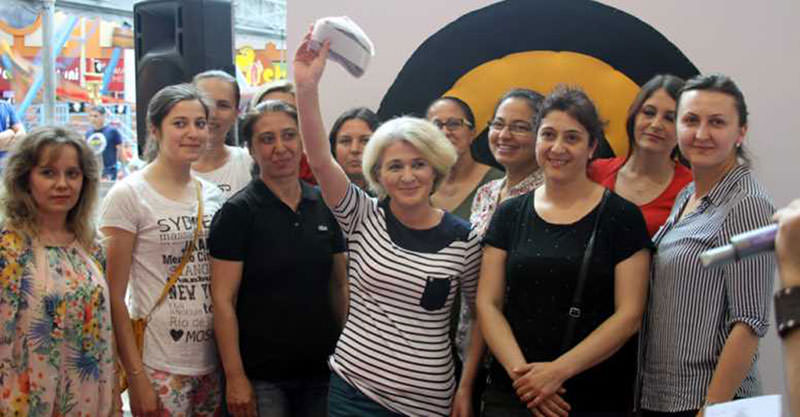 by Daily Sabah May 11, 2015 12:00 am
Turkish mothers tried out their slipper throwing abilities on Mother's Day on Sunday, in a competition organized in Turkey's western city of Fethiye, located in Muğla Province. The mothers' ability was tested based on how well they could target dummies placed 5-meters away, which were meant to be representations of 'bad habits.'

A total of 15 mothers between the ages of 20 and 60 attended the organization held by Fethiye Municipality Culture Center. Some 100 audience members reportedly watched the event amid laughter. And it was, inevitably, not without some accidents - one of the slippers hit a reporter who was trying to take a picture at the scene.

The winner, Handan Çavuşoğlu, was awarded with five pairs of slippers. Çavuşoğlu said that the existence of a slipper-throwing competition would never have crossed her mind, had her sister-in-law not signed her up.

Following the competition, Çavuşoğlu's son Ahmet reportedly said that, while his mother doesn't often throw slippers at him he still wished that she didn't do it at all. "I will never again misbehave," he said, obviously scared of his mother's superb abilities.

The organization's head, Muammer Şahin, said that mothers are famous for their throwing slippers actions throughout the world. But he said the organization had aimed at increasing the self-awareness of people by shifting the target points to 'bad habits' represented by the dummies, instead of the children themselves.