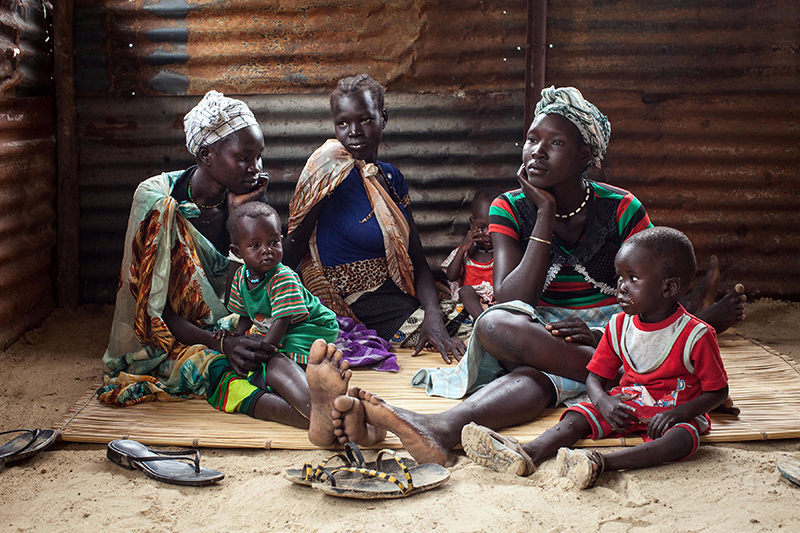 | AFP Photo
by Associated Press May 14, 2015 12:00 am
The poorest of the poor can be helped with a program that includes providing goats, sheep, chickens or other livestock and training in how to make money from them, a large six-nation study concludes.

That approach didn't wipe out poverty for participants, but they became "significantly less poor," said economist Dean Karlan of Yale University and the nonprofit Innovations for Poverty Action.

"There's no panacea," Karlan said, but the approach is "better than anything else I'm aware of."

Karlan and colleagues conducted an independent evaluation of the anti-poverty strategy, which is widely used in Bangladesh, to see if it would work in a variety of settings. Their review included more than 10,000 households in Ethiopia, Ghana, Honduras, India, Pakistan and Peru.

Results were published Thursday by the journal Science.

The assessment focused on the poorest within villages. About half the households had incomes that translate to earning less than $1.25 per person a day in the United States.

Key components of the programs include providing assets like livestock and training in how to manage them, a regular stipend to provide basic support, and encouragement to save money.

To evaluate the program, the study randomly assigned eligible households to participate or not, and then compared the outcomes for the two groups over three years.

Most of the program's activity was in the first few months. At the two-year mark, when the program ended, the participating group was doing better across a wide range of measures. The gains were largely maintained a year after that.

The program's benefits exceeded its cost in all countries except Honduras, where a large fraction of the chickens died from disease.

Christopher Blattman of Columbia University, who studies poverty but didn't participate in the new research, praised Karlan's evaluation and said the anti-poverty strategy is "a great program."

Stephen Smith of George Washington University, an adviser to the American affiliate of BRAC, an organization that uses the strategy in Bangladesh, said the results show that "graduation" from ultra-poverty is possible through self-employment or, eventually, jobs.

He said the finding of increased spending on food is particularly encouraging, because that is key to improving well-being and escaping poverty traps.