Colognes revive bonds with the past 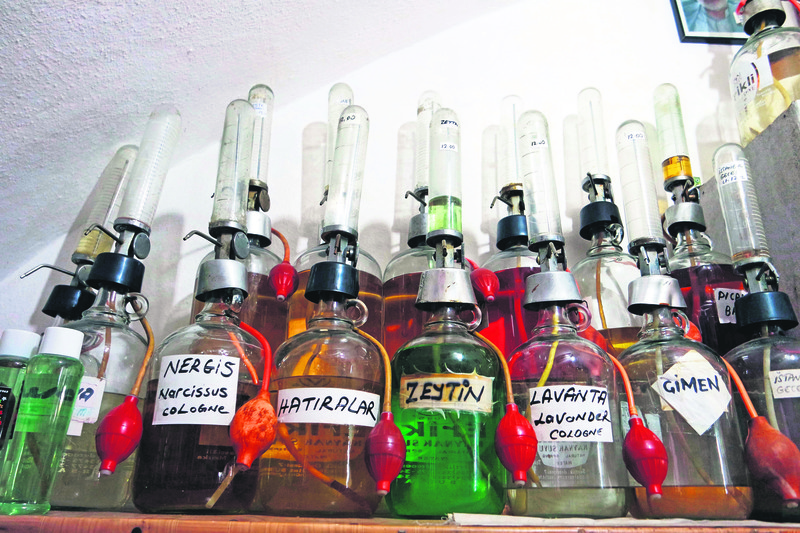 One of the trending accessories in big cities many years ago, cologne is now rarely preferred over perfumes. Cologne master Recep Gürbüz strives to enliven the use of special colognes like Revedor, Memories and Secret Flower, which are mostly only known by older people 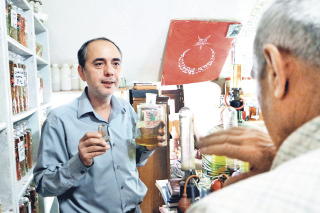 Bursa-based cologne-maker Recep Gürbüz, who has been carrying on the profession he inherited from his father for the last 50 years, works in a historical inn to produce traditional items that keep the memories of his customers alive. Perfumes such as Revedor, Gizli Çiçek (Secret Flower), Hatıralar (Memories), Kara Kedi (Black Cat) and Çoban (Shepherd) were commonly used by women living in Istanbul many years ago. However, these classic fragrances are rarely produced today as demand for them is low, and regular customers who do use these colognes cannot find them anywhere. In his statement to an Anadolu Agency correspondent, Gürbüz said scented colognes are slowly losing their place on the shelves, but his customers' memories flood back whenever they smell these old scents. He said, "Revedor is a very old cologne. It was a classic about 50 years ago, but now we can hardly sell half a liter a year." While the cologne-maker was contemplating removing

this fragrance from the shelf, a customer asked whether he had any Revedor. "When I said yes, she wanted to smell it and started crying. I asked what happened, and she said it was her mother's cologne. Once I realized that classical colognes address the importance of nostalgia in people's lives, I decided to continue producing them," Gürbüz explained. Highlighting that Kara Kedi was very popular in France in the 1950s, Gürbüz said that now it is rarely produced as it is not in demand. Gürbüz emphasized that cologne represents nostalgia and said, "Now, young people are interested in the perfume sector. Cologne mostly appeals to middle-aged or older people. This situation often leads to a decline both in production and consumption. I think we fail to promote cologne to the new generation." Gürbüz said most of his customers are retired people. "These people come to the market and buy their cologne and coffee as soon as they get their pension since they are accustomed to do so," Gürbüz concluded.
Last Update: May 18, 2015 11:19 pm
RELATED TOPICS