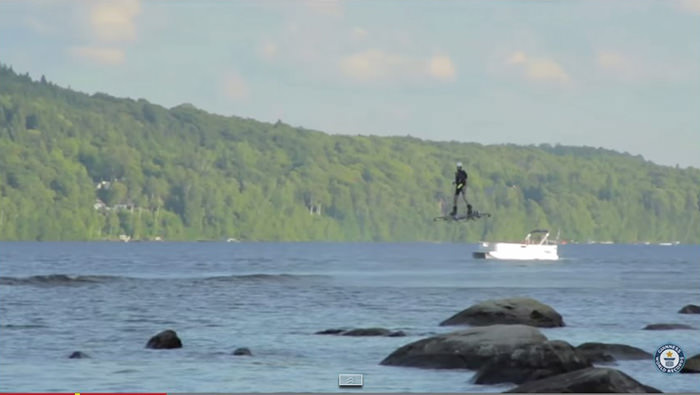 Youtube image from the video showing Alexandru Duru flying his hoverboard
by Daily Sabah May 23, 2015 12:00 am


A Canadian man, Catalin Alexandru Duru, has broken the Guinness World Record by flying the farthest distance of 905 feet and 2 inches (approxiamtely 278 meters), using a hoverboard.

In the Youtube video posted, Duru flies using the propeller-based hoverboard before he lands on the waters of Lake Ouareau in Quebec province.

"The first real-life hoverboard. The machine was built and designed by me, Catalin Alexandru Duru. I am the first man to create and fly a working prototype," Duru reportedly said, according to the video's description posted by the Guinness World Record.

"I will showcase that stable flight can be achieved with a machine one can stand on and control with their feet, just like in the movie "Back to the Future Part II". In our case, the machine is propeller-based," Duru added.
Last Update: May 23, 2015 5:56 pm
RELATED TOPICS