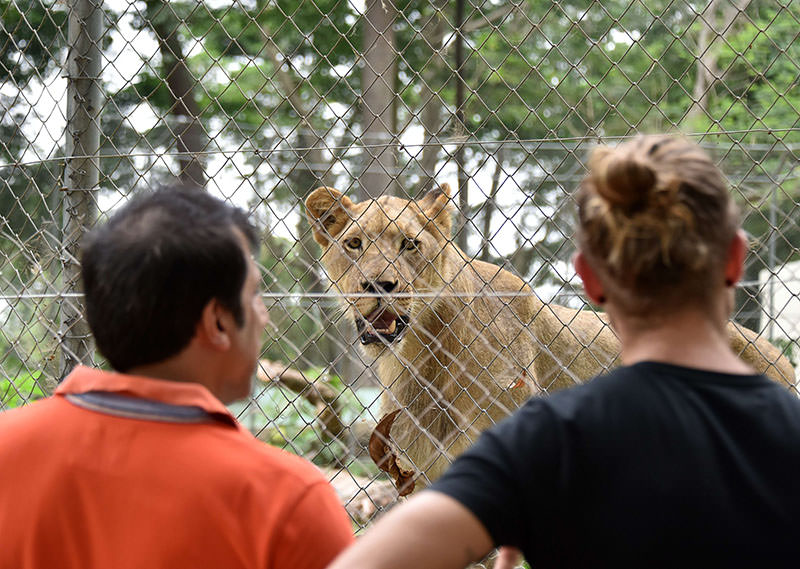 Visitors look at a lion, bought in South Africa, in an enclosure at Abidjan Zoo, on March 10, 2015 (AFP Photo)
by Jun 01, 2015 12:00 am
A female US tourist was killed by a lion Monday in a wildlife park outside Johannesburg, the South African news website Eyewitness News and other media reported.

Another passenger in the same car was reported to have been seriously injured.

The two were apparently driving with their car windows open, a violation of Lion Park policy, Scott Simpson, of the park, was quoted by the broadcaster eNCA as saying.

The lion jumped through the passenger window and bit the woman, according to eNCA. Her companion was injured when trying to push the lion away.

"Ambulances were called immediately, but it was too late," Simpson said.

The lion was locked up in an enclosure following the incident.

In March, an Australian tourist was injured by a lion in the same park after he and his companion got out of their vehicle to take a picture, the newspaper Citizen reported.
Last Update: Jun 01, 2015 9:16 pm
RELATED TOPICS