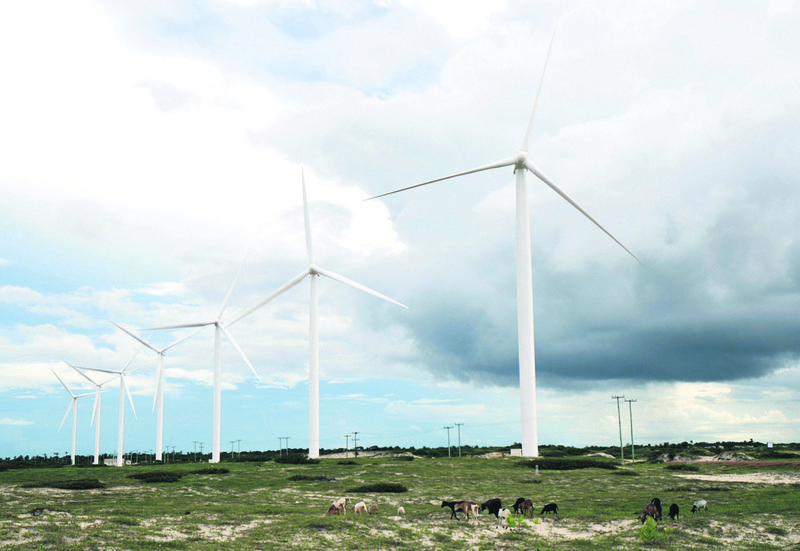 by Jun 08, 2015 12:00 am
A new United Nations fund set up to help developing nations tackle climate change will take bigger risks than many international lenders to promote innovative green technologies, the head of the fund said on Friday. Hela Cheikhrouhou, executive director of the Green Climate Fund (GCF), told Reuters that donor pledges of $10.2 billion so far were a good start but only a fraction of the sums needed to curb greenhouse gas emissions and adapt to rising temperatures. The fund will take risks to foster new technologies in emerging nations, she said, likening it to a company in a high-tech stock market index that has a lower credit rating than a blue-chip firm. "If you want a paradigm shift you cannot be among the blue chips and be super conservative," she said by telephone from Bonn, Germany, where almost 200 nations are working on a plan to slow global warming due to be agreed in Paris in December. The GCF board is likely to decide a lending profile for the fund well below the top AAA rating of the World Bank if it were to be judged by a credit rating agency like Standard & Poor's, she said. "The fund must be in our view the low end of investment grade ... A project with high risk doesn't mean that it is a bad project," she said, because the GCF's investments would be the "first of a kind ... setting a trend".

The fund aims to identify a first set of perhaps five to 10 projects in developing nations before the Paris summit. The GCF is intended to help, for instance, new solar or wind power projects in developing nations or cleaner technologies to curb greenhouse gas emissions from the burning of fossil fuels. Cheikhrouhou urged the United States, Italy and Canada to firm up initial pledges of cash made last year to the South Korea-based fund. Other nations in the Group of Seven, whose leaders will hold a summit in Germany on June 7-8, have already signed formal deals with the fund. "It's important that we don't feel the job is done," she said of the initial pledges totalling $10.2 billion for four years from 2015. Estimates of total investment needs were about $450 billion a year from 2020, split between $350 billion to curb greenhouse gas emissions and $100 billion to adapt to changes such as more frequent downpours and heat waves.