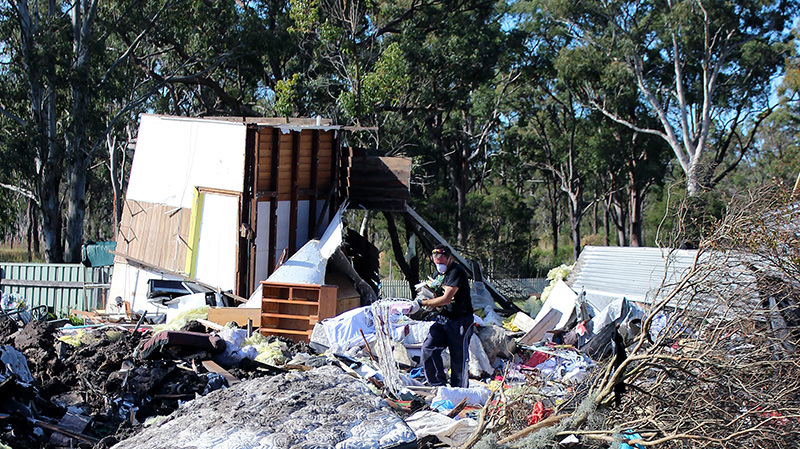 Residents begin cleaning up after a bulldozer destroyed their home at Teralba, near Newcastle, in the New South Wales Hunter region, Australia, 09 June 2015 (EPA Photo)
by Jun 09, 2015 12:00 am
An Australian man accused of bulldozing a house north of Sydney, leaving the family inside just seconds to escape, appeared in court Tuesday, local media reported.

Jamie Francis Sager, 48, appeared in a court in Newcastle on Australia's east coast, charged with breaching an apprehended violence order and destroying with intent to endanger life.

He allegedly stole the bulldozer from a coal preparation plant and destroyed four cars on Monday before driving into the house in Teralba, south-west of Newcastle, broadcaster ABC reported.

The house reportedly belonged to a former friend of Sager's, but only the friend's partner Debbie Kerr and her 20-year-old daughter and nephew were in the house, The Australian reported.

"We felt the house lifting as we got to the front steps. We were just on the veranda when the house started to lift," Kerr told reporters.