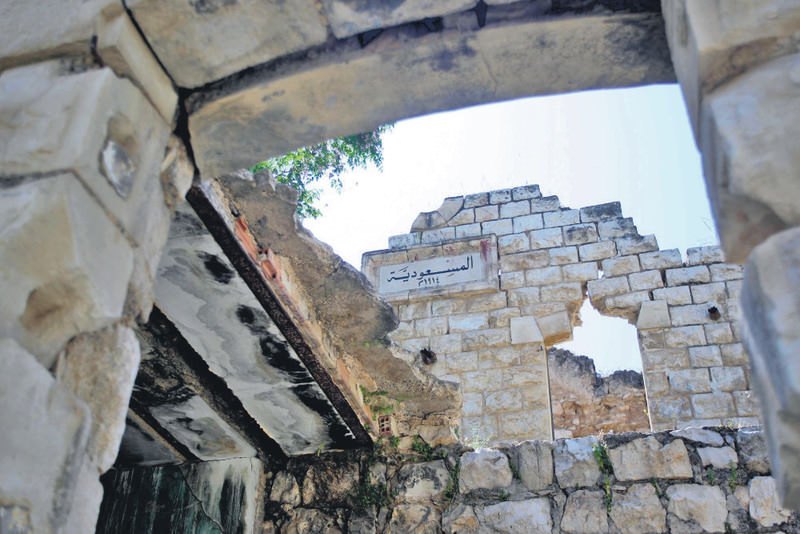 by Anadolu Agency Jun 14, 2015 12:00 am
The Mesudiye Train Station, the Nablus-based stop of the Hejaz Railway in Palestine, continues to experience violations by Israeli authorities. Situated near the town of Burqa, the train station was used by Muslim pilgrims for eight years in the early 20th century until it was damaged during World War I. The area, which is surrounded by agricultural fields, is now considered a recreational place for Palestinian families. Speaking to an Anadolu Agency (AA) reporter, Cihad Şeride, the deputy president of the Burqa Municipal Council, said the train station, which extends across a 26-decare area, serviced locals during the Ottoman Empire, but is now a property of the Palestinian government.

"The municipality is working to transform the station into a recreational area," he said. However, in accordance with the Oslo Accords, some sections of the station are in area B, while other parts are in area C. "This is because certain parts of the station are controlled by Israeli authorities, which is a big handicap for us," he continued. Şeride said a health center was constructed in the area two years ago and certain buildings were restored, but "since the health center was established in area C, the Israeli government demolished it and did not allow us to restore additional buildings." Şeride said the municipal council wants to protect the Ottoman-era heritage side. "A while ago, some engineers came here with Jewish soldiers and conducted measurements. We are afraid of losing the area, as they will destroy our history," he said. Şeride asked for the help of the Turkish government to support their restoration of the train station and protect the common history of Palestine and Turkey. The Israeli government only allows Jewish settlers to enter the area on special days, and there are only a few damaged buildings and agricultural fields around the station as of now. Having run from Damascus to Medina, the Hejaz Railway was constructed under the commission of the 34th Ottoman sultan, Abdülhamid II. Its construction began in 1900 and was completed in 1908.
Last Update: Jun 14, 2015 11:53 pm
RELATED TOPICS