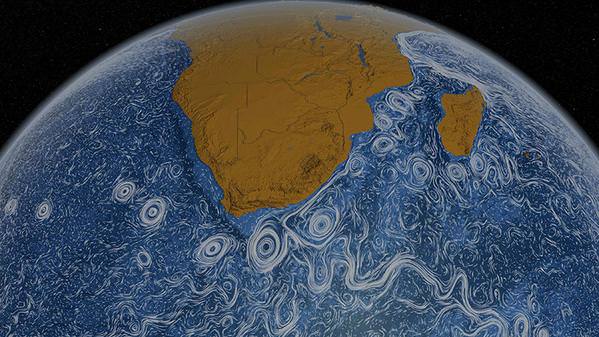 by Daily Sabah Jun 16, 2015 12:00 am
NASA has recently released a climate map which shows how they predict temperature and rainfall patterns will change around the world by 2100.

It is not a surprise that the world could be a much hotter place by the end of 2100 with the carbon dioxide level in the atmosphere reaching alarming levels, but now NASA gives us a clue in specific numbers as to how "hotter" cities/certain locations will be, based on estimates of maximum and minimum levels of carbon dioxide emissions.

According to NASA's figures, if by the end of 2100, carbon dioxide in the atmosphere reaches to 935 parts per million (i.e. it comprises nearly 0.1 per cent of the atmosphere) from its current level of 400, many parts of Africa, South America, and India will see average daily maximum temperatures of as high as 45°C.

Temperatures also in Jerusalem, New York, Los Angeles and Mumbai might reach these levels in the summer, according to NASA's predictions.

NASA's chief scientist Ellen Stofan said, "NASA is in the business of taking what we've learned about our planet from space and creating new products that help us all safeguard our future."

"With this new global dataset, people around the world have a valuable new tool to use in planning how to cope with a warming planet," she added.

Below is the comparison of July 1950 to July 2099 temperatures in case carbon dioxide level reaches to 935 parts per million by the end of the century. The maps clearly reveal that we need to learn how to cope with a warming planet as soon as possible, or undertake some precautions to ensure lower levels of carbon dioxide emission. 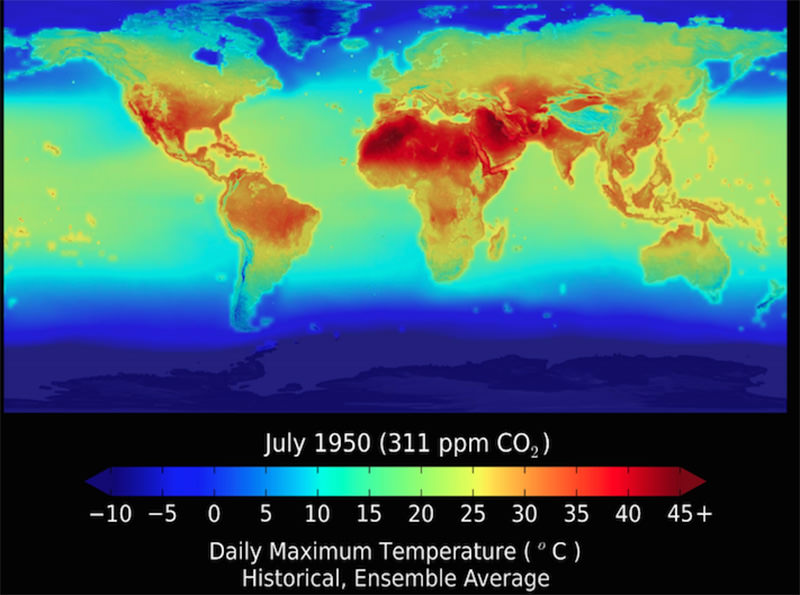 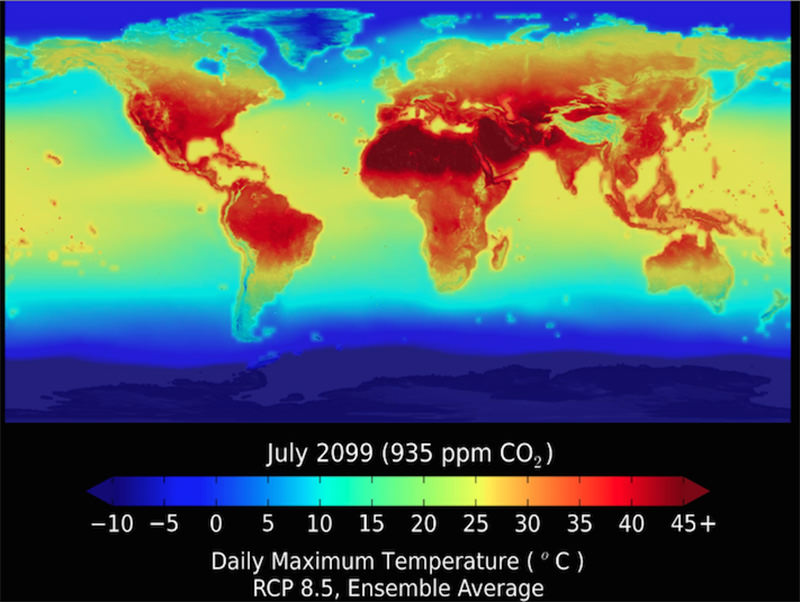