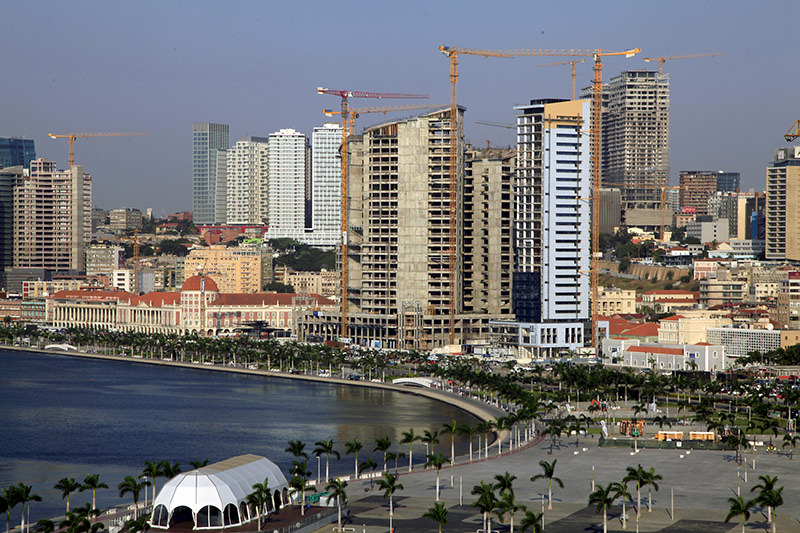 A general view Luanda, Angola's capital is seen in this picture taken May 15, 2015 (REUTERS Photo)
by Daily Sabah with AFP Jun 18, 2015 12:00 am
Luanda, the capital of Angola, has been chosen as the world's most expensive city, according to an annual Cost of Living Survey of the New York based Mercer consulting company. There are five Asian cities on the top 10 costliest cities-list, whereas Switzerland's three cities accounted for three on the shortlist.

The survey by the Mercer consulting group compares the cost of over 200 items in 207 cities, including housing, food, transport and entertainment.

According to the survey revealed on Tuesday, the world's top 10 most expensive cities are as following: Luanda, Hong Kong, Zurich, Singapore, Geneva, Shanghai, Beijing, Seoul, Bern, and N'Djamena.

Turkey only has one city in the 207 city-list and that is Istanbul as the world's 99th most expensive city.

Asia has become one of the most expensive regions for people working abroad, according to the survey.

Hong Kong climbed one place from last year to become the world's second most expensive place for expats.

Much of the change in rankings is down to currency fluctuations, with the appreciation of the yuan against the dollar pushing up the cost of living in China, which now accounts for nine of the top 30 most expensive expat cities in the world.

"Chinese cities jumped in the ranking due to the strengthening of the Chinese yuan along with the high costs of expatriate consumer goods," said Mercer executive Nathalie Constantin-Metral in a statement.

By contrast Tokyo, ranked the most expensive city for expats in 2012, fell four places from last year to number 11 due to a slump in the Japanese currency after a massive easing programme by its central bank.

"Japanese cities have continued to drop in the ranking this year as a result of the Japanese yen weakening against the US dollar," added Constantin-Metral.

Overall, the cost of living in Western European cities dropped due to a slide in the euro. The three cities that made the top 10 -- Zurich, Geneva and Bern -- use the Swiss Franc, which jumped in January after the central bank removed a ceiling on its strength.

Leading the rankings was the Angolan capital Luanda, which retained its top spot due to the high price of imported goods and security services used by many foreigners.

The survey takes New York as its base city for comparison, and measures currency movements against the dollar, which has appreciated significantly from a year ago as the health of the US economy has improved.