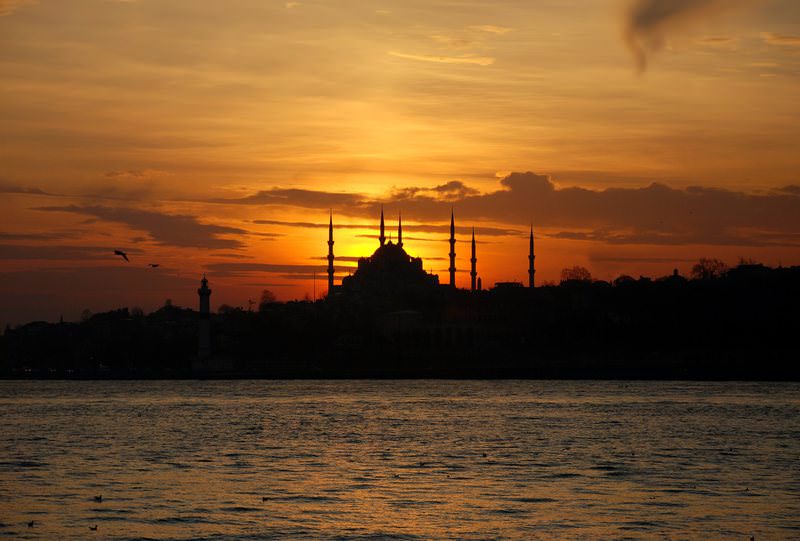 For those who are eager to learn more about Turkish culture, there are many websites and mobile apps that provide detailed information about authentic features of the country, such as cuisine, history, music and touristic spots

With seas on three sides, Turkey is not just a big peninsula with the gorgeous Bosporus, it has also been home to many cultures for thousands of years including hundreds of years of cultural interaction between Middle Eastern and Western societies. Being one of the biggest countries in Europe and Middle East at over 750,000 square kilometers, the land that is now Turkey is known as the home to many different civilizations. Even just in Istanbul, millions of people from different countries are taking a continental trip between the two sides of the Bosporus – one in Europe and the another one in Asia. Of course Turkey is not just limited to the deep cultural wealth of Istanbul, from the virtuous teachings of Rumi to the delicious foods of Antep, Turkey has many different cultural factors. Even the locals do not know much of their cultural heritage in context. So if you want to learn more about Turkish culture, we have some good resources for you to sharpen your knowledge.

One cannot fully understand a foreign culture without knowing their cuisine, especially local recipes. There are many good Turkish blogs and mobile apps about Turkish food culture. Sadly, not many of them are available in English. So if you want to learn more about Turkish foods like flaky spinach pie or lentil soup with bulgur, one of the best place to look is an English blog called Almost Turkish Recipes. Check it out and you will see an organized catalogue of Turkish recipes divided by category like breakfast, börek, soups and red meat among others. What we love most about this blog is that they also give some insights about related recipe. A quick example: "Spinach börek is definitely a nationwide favorite. It's made for and served at afternoon tea gatherings, sold by street vendors or patisseries early in the morning for breakfast"

Take a quick walk on İstiklalAvenue in Taksim. You will be fascinated by the diverse and rich sounds you hear from different music stores and maybe even from studios there. And that is barely scratching the surface of Turkish music culture. Throughout history, the peoples of this land have interacted with many others. So there are many influences from different cultures and civilizations that manifest themselves in the rich musical culture. Turkish music has many different instruments for both classical and folk genres, not to mention widely acclaimed composers and performers to date. When you go to Turkish Music Portal, supported by the Turkish Cultural Foundation, your first hour will probably pass by just learning the history and different periods of Turkish music. So next time when someone talks about Aşık Veysel, you will have one or two things to say.

Turkish Cultural Foundation has many initiatives to promote and spread Turkish culture across the globe. Turkish Culture Portal is some kind of a headquarters for all other portals. Whether you need a quick glance about one specific cultural element or an in-depth research for another one, TCF Portal is your first stop. From literature to fine arts, to architecture, to military, this portal leaves no cultural domain empty. You can also use the image archive on Turkish art after a simple login with your organization name.

Ask any resident in Turkey and they would tell you that they are the sons of the Ottomans. Parts of Turkish culture are largely shaped around the Ottoman Empire's cultural heritage so it is a good idea to start from there. The Ottoman Empire Guide is a mobile guide covering many aspects of the namesake empire. And the best part? It works completely offline so you do not need an Internet connection once you download and install the app on your phone. Discover the economy, religions, languages, demographics, sports and other structural elements of the Ottoman Empire with this mobile app.

Despite being a bit hard for beginners, learning the Turkish language is attainable and achievable for anyone who has the will to learn it. Developed with support from the European Comission, HandsOnTurkish mobile app aims to prove this. But make no mistake, this app is not your average dictionary or Duolingo clone. It has many useful phrases for everyday situations you will encounter in Turkey along with useful business vocabulary and business topics to start a warm conversation with local contacts. You can use the interactive role-plays to practice your speaking and pronunciation. If you need any info about Turkish business culture and etiquette, HandOnTurkish delivers it for the iPhone and Android phones.

Who doesn't want to have some fun while learning a new culture? With Buzzfeed-like articles covering art and design to literature and music, The Culture Trip has an entire section of rich content specifically for Turkey under the Europe tab in the main menu. You want to find out the top four Islamic artists to know in Turkey? This site has you covered. How about Rumi's 10 most inspiring quotes? They publish it with a design that is easy on the eyes.

No list about Turkish culture is complete without a reference to the traffic in big cities – especially in Istanbul. So how about learning Istanbul traffic in an entertaining way? Atom Games developed a mobile game about one of the most important public transportation vehicles in Istanbul – the Metrobüs. Available on Android, "Metrobüs: Race in Istanbul" has a similar concept to the movie "Speed," which featured Keanu Reeves and Sandra Bullock. When the driver suffers a heart attack, you must take control of the bus and drive it through the challenging roads of Istanbul.