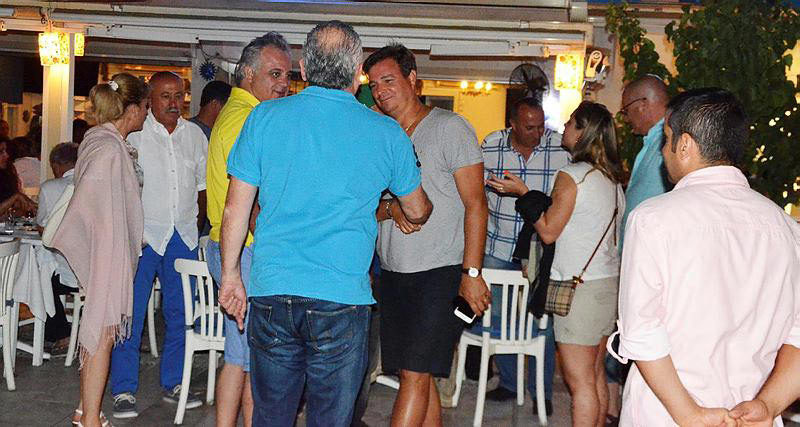 by Daily Sabah Jun 25, 2015 12:00 am
The bodyguards of Antonio Castro Soto del Valle, the youngest son of iconic Cuban leader Fidel Castro who is currently on holiday in Turkey's touristic district of Bodrum, attacked paparazzi who were trying to take pictures of Castro while he was exiting a restaurant on Wednesday night. Staying at a five-star hotel in Bodrum, Castro went to have dinner at a restaurant Wednesday night with his 12-person accompaniment, including Turkish friends and bodyguards.

While he was leaving, Castro, allegedly drunk at that time and put off after he saw the paparazzi, returned back to the restaurant to wait for his private car to arrive. After he left, three of his bodyguards tried to seize the camera of a correspondent who took the photos of Castro, but as they were met with resistance, the bodyguards attacked him. The correspondent was slightly wounded during the scuffle, and the bodyguards fled the scene of the accident. Antonio Castro Soto del Valle, currently working as a doctor for the Cuban National Baseball Team, traveled to Bodrum from the Greek island of Mykonos on his 50-meter-long yacht.
Last Update: Jun 26, 2015 4:50 pm
RELATED TOPICS