Airbus A340 on sale for ‘decorative purposes' 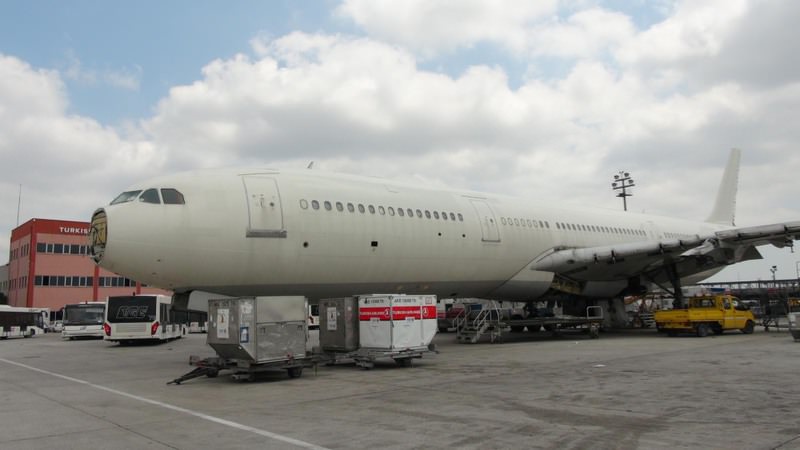 by Daily Sabah Jun 28, 2015 12:00 am
An Airbus A340 was put up for sale for $170,000 on the website "sahibinden.com" after it completed its life circle and was brought to the Atatürk Airport apron. Gökçe Boztepe, the plane's owner, told that the plane was in one of the Turkish Airlines fleets. Boztepe said there are buyers from Samsun and Zonguldak provinces, as in recent years some old planes have been turned into cafe and restaurants. Boztepe said he received the plane last week. "We ask $170,000 for the plane, but we are open for a deal," he said.

He further said he never sells planes for unreasonable purposes, as he has a deep interest in aviation. "I do not like the re-shaping of planes. Planes must fly in the air; however, they also deserve to be seen by the public," he said. "I believe children should experience flying, then the aviation industry will have a future. This is because I do not sell planes as junk -- even if they pay me double the price. I grew up with planes. I feel that people like myself and others like me are lucky. Planes can be used as decoration. People will then know more about planes and even touch them. There are people who consider a plane as an utopia," he said.
Last Update: Jun 30, 2015 1:31 am
RELATED TOPICS