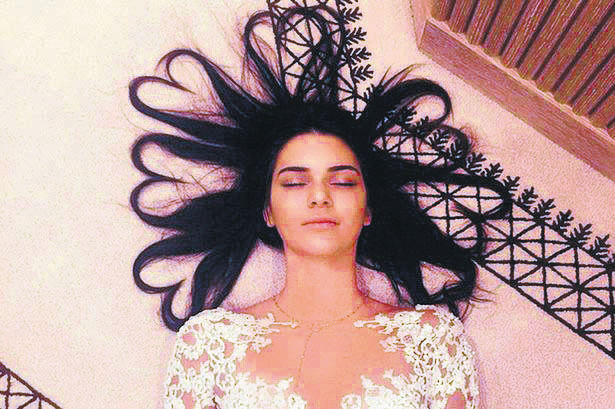 by Daily Sabah Jul 01, 2015 12:00 am
An Instagram photo of American top model and reality show figure Kendall Jenner that was uploaded five weeks ago has become the most-liked photo of all time on the popular photo-sharing site.

The photo of her lying down on the floor with strands of her hair assembled in the shape of hearts has received 2.6 million likes from her 30 million followers on Instagram, surpassing the previous record held by her stepsister, Kim Kardashian whose marriage photo with Kanye West has 2.4 million likes.

The youngest member of the famous reality show Kardashian family announced the news on her Twitter account, saying: "take that KimYe. Kendall has outshined KimYe by having the most-liked Instagram photo."

The 19-year-old model shares her stepsister's marriage photo and her record-breaking photo together on her account.
Last Update: Jul 01, 2015 10:07 pm
RELATED TOPICS