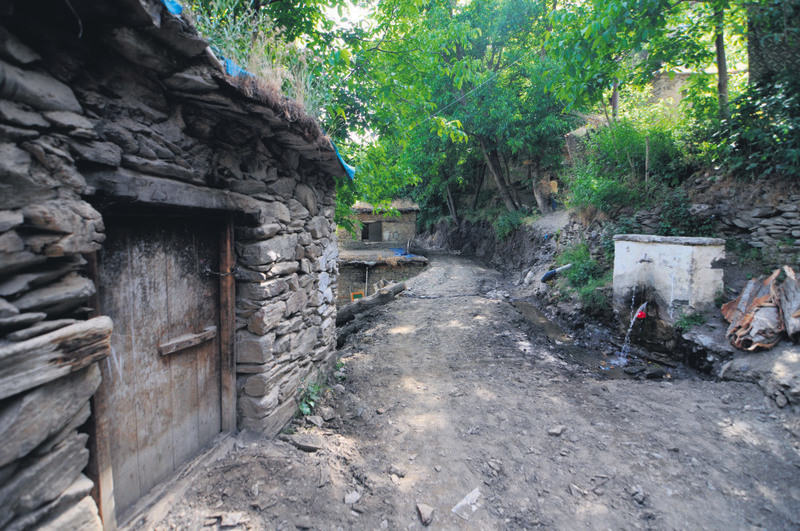 by Anadolu Agency Jul 03, 2015 12:00 am
The Nurs village in the Hizan district of Bitlis province where the Islamic scholar Bediüzzaman Said Nursi was born will be introduced for religious tourism soon. To prepare the village for religious tourism, two projects,Restoration of Bediüzzaman Said Nursi's House and Environmental Planning and General Environmental Planning in Nurs Village, which are financed by the Eastern Anatolia Development Agency and organized by the Hizan District Governorship and the Bitlis Provincial Special Administration, started. Reviewing the projects, Hizan District Governor Sedat İnci said in a press statement that people who visit Nurs will feel very comfortable in the authentic and natural environment of the region after the projects are finished.

After saying that they have been very sensitive in protecting the village's natural pattern, which has been preserved for centuries and survived to the present day, he continued: "The projects, which we have been meticulously working on for two years and providing the necessary support, have started in Nurs village." According to the official records, approximately 80,000 local and foreign people have visited the village, İnci said. He also added: "We are trying to offer a more comfortable visit for the people, who come from almost all provinces of Turkey in the village's more natural and spiritual atmosphere. The village is not only important for us, but also for the whole region. Because these projects will pave the way for introducing the values of Hizan, Bitlis and also other provinces to tourism." İnci said that increasing popularity of the Nurs village puts some responsibility on their shoulders in terms of both protecting the natural environment of the village and also preparing it for visitors. Inci said that Nursi's house, where he was born and raised, has preserved its uniqueness until today with some partial restorations in the last few years. The 400-year-old mosque, where Nursi's older brother worked as an imam and attended his first religious lessons, still stands and is well preserved. In addition, the Nurs village cemetery, where Nursi's mother, father and brother's graves are, attracts great attention from visitors.
Last Update: Jul 03, 2015 10:43 pm
RELATED TOPICS