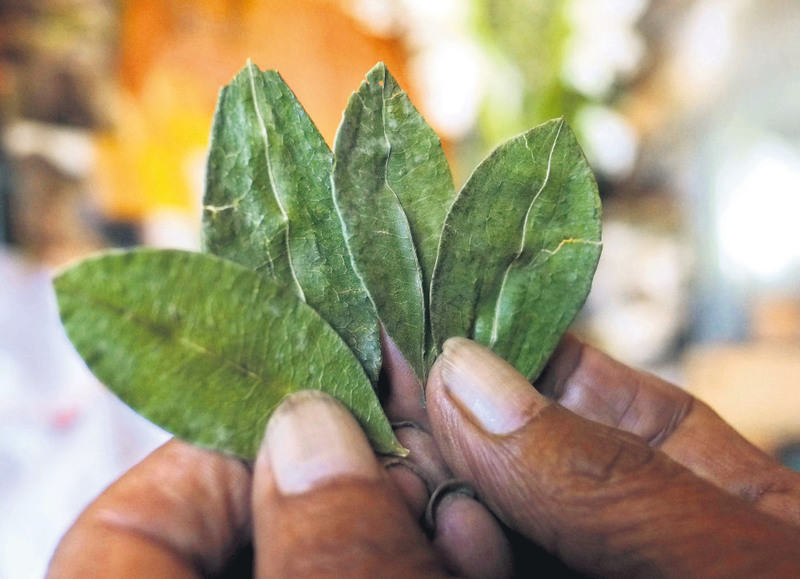 by Daily Sabah Jul 05, 2015 12:00 am
Pope Franciscus, the head of the Catholic church, has made an unexpected request from Bolivia for his visit on July 8. Bolivia's minister of Culture, Marko Machicao, said they wanted to offer him coca tea but the pope said he prefers chewing the leaf of coca. He said, "The pope informed us about his request to chew coca. So, we will be waiting for him with the sacred coca leaf."

In general, coca leaves are used to minimize the effect of being at high altitudes. Also, leaves are believed to reduce the muscle pains and quenches thirst and hunger. Ban Ki-moon, who visited Bolivia last year, also received a "coca cake" as a gift on his 70th birthday. Although it is forbidden to grow coca leaves in many countries, in Bolivia it is believed that this plant is beneficial and sacred for humans.
Last Update: Jul 05, 2015 8:01 pm
RELATED TOPICS