Inclusion on on World Heritage List to boost tourism in Diyarbakır 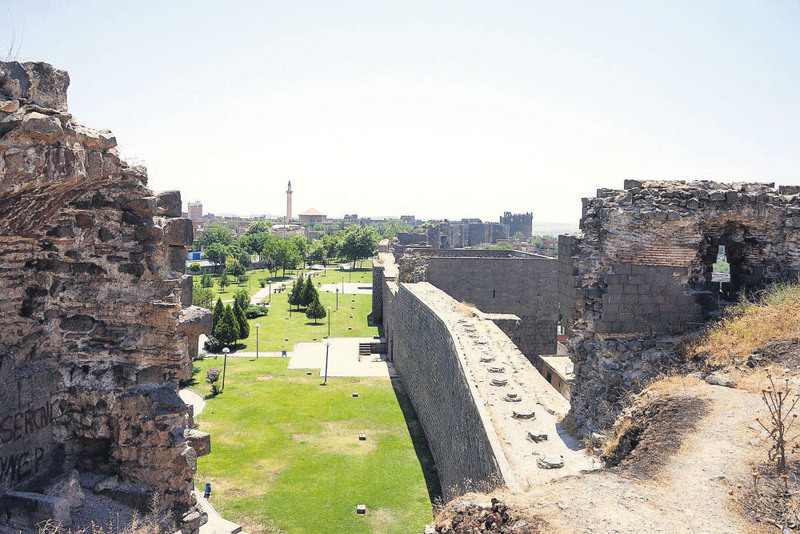 Following the inclusion of the Diyarbakır Fortress and Hevsel Gardens Cultural Landscape on UNESCO's World Heritage List, Diyarbakır, which has numerous historical and cultural artifacts, is expected to draw more tourists

Thanks to the peaceful environment created by the reconciliation process, the number of international tourists visiting Diyarbakır in 2014 increased 130 percent and the number of local tourists increased 35 percent in the last two years. As two of the most important structures of the city have been included on UNESCO's World Heritage List, Diyarbakır aims to welcome more tourists. While the city hosted about 250,000 tourist last year, officials are expecting to reach 1 million in upcoming periods. 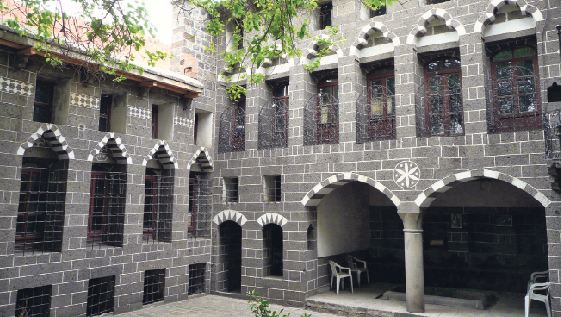 Diyarbakır has several cultural and historical heritage sites, including the tombs of the Islamic prophets Dhul-Kifl and Elisha as well as the Ulu Mosque, which is considered the fifth temple mount of the Islamic world, and the city wants to claim its share of religious and cultural tourism.

Speaking to Anadolu Agency (AA), Diyarbakır Governor Hüseyin Aksoy said they have achieved great things throughout the UNESCO process thanks to their cooperation with state institutions. He also highlighted the importance of the inclusion of the Diyarbakır Fortress and Hevsel Gardens Cultural Landscape on UNESCO's World Heritage List for the region's tourism.

He assured that they will continue to collaborate with different state institutions in order to protect the region's cultural heritage as tourism is developed in the region. "Following the inclusion of Diyarbakır on the [UNESCO] World Heritage List, Diyarbakır's introduction to culture tourism will pick up speed. We expect an increase in the number of tourists coming to Diyarbakır, and plan to generate a huge income from tourism," Aksoy said. He added that they will work regionally, nationally and internationally to protect the Diyarbakır Fortress in the future, especially since UNESCO will contribute to Diyarbakır's recognition.

UNESCO will contribute to the recognition of Diyarbakır 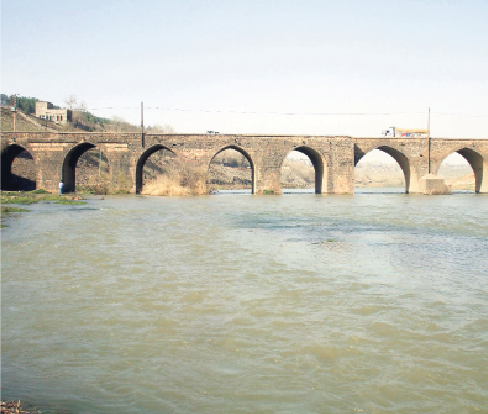 Regional board chairman of the Association of Turkish Travel Agencies (TÜRSAB), Serdar Kahraman, said UNESCO'S decision to recognize Diyarbakır is something to be proud of, also adding the new UNESCO World Heritage Sites will contribute to the city's tourism. "All sites on UNESCO's World Heritage Site List are known around the world. This success will increase tourism investment and we can promote the Diyarbakır Fortress without spending money. More international tourists will flock to our city," he said. Karaman said the city does not get enough of a share from the tourism industry. "To achieve our targets, peace should be sustained here. Only 1 percent of tourists traveling to Turkey visit Diyarbakır. This number must increase to 10 percent, and then the tourism industry will develop the city," he said.

Edip Paçal, the deputy president of the Diyarbakır Tourism and Promotion Foundation (DTTD), agreed that the number of tourists will significantly increase if the city is properly promoted. Paçal said that among the 15 sites included on the UNESCO list, two of them are in southeastern Anatolia. Paçal added that the Nissibi Bridge, which was recently constructed, will help tourists visit Mount Nemrut and the Diyarbakır Fortress in one-and-a-half hours. "When the Diyarbakır Fortress was included on the UNESCO list, our tourism objectives increased. Through international promotions, the number of tourists will increase. It will also accelerate tourism investments and reduce unemployment," he stressed, particularly pointing to youth unemployment and the large youth population in the city.

Number of tourists to reach 1 million

Diyarbakır Culture, Tourism and Music Foundation (DİKTUMDER) Chairman Kenan Aksu said military conflicts around Diyarbakır hindered tourism development, but the city is like an untouched gem. "If we progress and introduce it to the whole world, tourists will flock here. We are expecting 1 million tourists in the upcoming years, which means employment will increase around the region as well," he said.
Last Update: Jul 09, 2015 5:18 pm
RELATED TOPICS