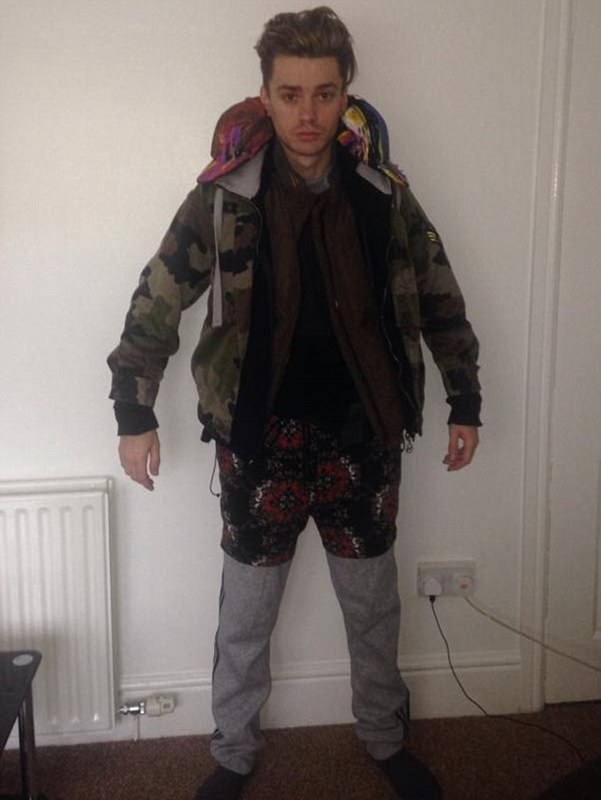 by Jul 12, 2015 12:00 am
A British boyband singer collapsed with heat exhaustion during a flight while wearing 12 layers of clothing in a bid to beat the excess luggage fee, he said Saturday.

James McElvar, 19, from the Scottish group Rewind, was about to board an easyJet flight from London Stansted to Glasgow on Wednesday when he was told he had one carry-on bag too many.

With his bandmates already aboard and just minutes to spare, he made a foolhardy snap decision, emptying his rucksack and donning the entire contents.

McElvar was wearing six T-shirts, four jumpers, two jackets, one pair of shorts, three pairs of jeans, two pairs of jogging bottoms and two hats.
"There was a lot of clothes," he said on the band's Twitter feed.

"It was very difficult to walk onto the plane. I managed to sit in the seat for a minute or two. But I just couldn't take the heat."

Barely able to move, he could not even get the seatbelt round him.

"I was sweating and they kept asking me to put the belt on but I couldn't sort it," he said.

"It was just a nightmare I was having."

As he was drenched in sweat and feeling sick, cabin crew laid him out, stripped down, on an empty row of seats, where he was violently sick and then fainted.

The singer has no memory of the rest of the flight and was taken off the plane at Glasgow Airport to a waiting ambulance.
Last Update: Jul 12, 2015 1:14 am
RELATED TOPICS