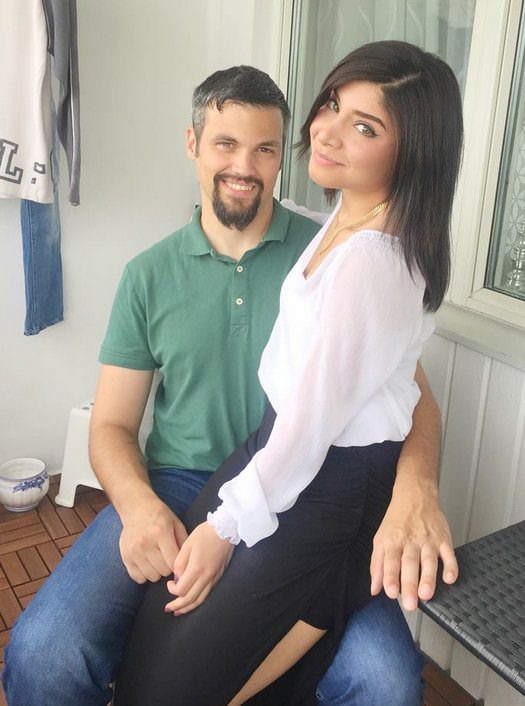 by Daily Sabah Jul 16, 2015 12:00 am
Jordan Matson, a former soldier from Sturtevant city in Wisconsin who joined the People's Protection Units (YPG) forces on October 2014, the main Kurdish militia in northern Syria battling against ISIS, has married Roza Yıldırım, a Kurdish girl living in Istanbul. The world heard Matson's name last October for the first time when he and four other foreign nationals arranged to join Kurdish forces via the Facebook page run by the YPG.

After he received approval from the militia group via the Internet, he went to Kobani through Turkey and became famous as the first American fighting on the YPG's side against ISIS.Even though he then stated to the foreign press that he would not go anywhere before entirely eradicating ISIS from the region, he became infatuated with Roza and the couple decided to marry. They got married last Wednesday in Sweden. While Watson wore a peshmergha dress at the wedding ceremony, Roza accompanied her husband in regional Kurdish dress. The couple, whose place of residence is not known after the wedding, shared their photos on their Facebook page.
Last Update: Jul 16, 2015 10:50 pm
RELATED TOPICS