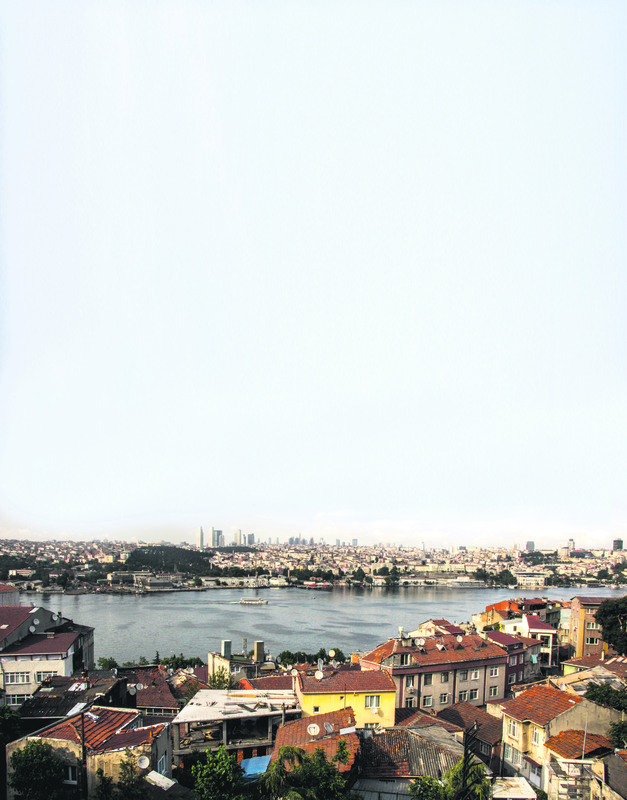 The editor-in-chief of City and Culture magazine, Mehmet Kamil Berse, told the story of how Istanbul has evolved in the last 60 years since his childhood, comparing the socio-cultural and physical traits of the city with the current panorama

Author Mehmet Kamil Berse, editor-in-chief of Şehir ve Kültür (City and Culture) magazine said that he has been living in Istanbul's Fatih district for the last 60 years. "My father also fell in love in Istanbul and the Fatih district. I do not recommend that you stay in a flat that lacks a view of Fatih Mosque," Berse said, while complaining about the increasing number of buildings surrounding the mosque. "Once, I could see the mosque's minaret on the top floor, but I cannot see it now and only hear the adhan," he said.

Berse said that Istanbul has a rich and long-rooted history, yet the city began to lose its historical identity after the 1950s. He said in the past, all neighbors knew each other, and the doors of small houses with gardens used to open onto dead-end streets, as families wanted to protect their privacy.

"Children used to visit their neighbors more, and neighbors used to walk with the children. People used to trust each other in the past," Berse said. When he was a child, an elderly couple - Ayşe Hanım and Sami Bey - lived opposite his house. The couple had a wooden house. "I went to Yalova with Ayşe Hanım a couple of times. It was the longest trip I made when I was a child. My mother never worried when I was with her," Berse went on to say.

The main street, which is currently known as "Vatan Street" or "Adnan Menderes Avenue," was a complete mess until 1958, Berse noted. He said there was a poor neighborhood with a stream near it. "Before 1959, there was a neighborhood where the street now stands. The neighborhood had nothing but damaged houses that had suffered from a great fire. The residents were all desperate. Some of them managed to repair their homes, yet others continued to live in the ruins," Berse said, recalling those vulnerable days. "Everybody was poor. The war had just ended, but both political and social struggles continued," Berse said.

In those years, there was an angled gate in the middle of present-day Vatan Street, which belonged to the city walls near the famous Sulukule neighborhood. The Bayrampaşa stream flowed under the gate and reached the Marmara Sea through the Langa neighborhood. A neighborhood was established around the stream, and residents grew vegetables and fruit in their big gardens. "Can you imagine that people were growing tomatoes, watermelons, melons, lettuce and parsley on Vatan Street? Local people obtained their food by gardening," he said.

Berse said that Istanbul's historical, cultural and natural beauties are constantly being destroyed. "I wish we could leave something, even if it is just symbolic for the future. The city's heritage must be protected. Then people could learn of a neighborhood's story, even after a century. Even if you build skyscrapers, you should keep the culture alive," he continued. Berse said people were happier when they were living the city's old lifestyle. He said the environment that people live in influences their willingness to protect culture. "If your family does not instill in you an awareness of the importance of protecting the beauties around you, then it is hard for you to make any effort," he said, adding that it is important to benefit from people who are exemplary in their knowledge, culture, morality and lifestyle. "At least we can save certain parts of the city for the city, and transfer its beauties to future generations," he said. Berse said in the past, the gentlemen of Istanbul were called "Istanbul Beyefendisi," while courteous women were referred to as "Istanbul Hanımefendisi" (an Istanbul lady). He said the harem of the Ottoman palace was the first place where such ladies were raised.

"Those who trained in the harem used to marry senior statesmen like pashas and began to live in mansions located in various neighborhoods. They aided children and women's education and were generally called 'saraylı hanımefendi' (a palace lady). Such women

never isolated themselves from the neighborhood where they lived," he said. These ladies were taken as examples by other local women. They could not only speak Ottoman Turkish eloquently, but they behaved kindly toward other people and had good human relations. "At that time, the Fatih, Aksaray and Sarıgüzel neighborhoods were full of people who knew the art of eloquence and could speak Turkish with an Istanbul accent. "I had the chance to meet one of those Istanbul ladies. When I was a child, we had a neighbor, Leman Hanımefendi, who was living in a mansion near my house. She was trained in the palace, and I learned a lot from her. It is hard to find such people today. I wish we could return to that lifestyle and culture," Berse added. He said the Fatih district has lost both its beauty and its people. "They are all gone. Their children and even grandchildren have left the district as well. We have new people who have brought their own culture here. The district now resembles the United Nations. I have a Russian neighbor next to me. There is a Syrian living opposite and a Zambian on the other side. I know we will get used to them, as there is no other solution. We now only greet each other. We may even learn each other's language in the near future. Then, we will experience a new kind of city life," he concluded.
Last Update: Jul 20, 2015 11:39 pm
RELATED TOPICS