No solace for food-deprived polar bears as sea ice wanes 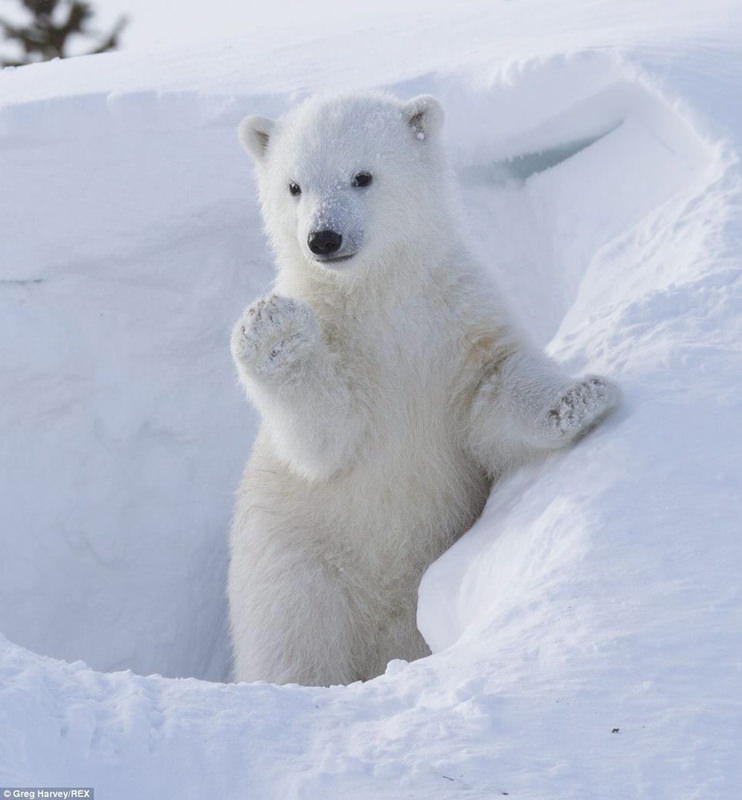 by Will Dunham Jul 22, 2015 12:00 am
Polar bears are the kings of the ice surface covering the top of the globe, but the ongoing loss of the Arctic sea ice on which they hunt seals is causing summer food deprivation that threatens these imposing white-furred predators. Some experts had thought the bears might be able to mitigate the effects of reduced food intake by entering a "walking hibernation" during summers, an energy-conserving state of reduced activity and metabolic rate akin to the winter hibernation other bear species undertake. A study released on Thursday showed this is not happening. Researchers who monitored the body temperature, activity levels and movements of 30 bears found they limited their summer energy expenditure a bit, but not enough to compensate for the food deprivation they face. The findings indicate polar bears cannot use reduced metabolic rates to extend their reliance on stored body fat when food becomes scarce. "They are unable to reduce their metabolism to levels similar to hibernation," University of Wyoming zoology and physiology professor Merav Ben-David said.

University of Wyoming biologist John Whiteman added: "We found that bears appear to exhibit a typical mammalian response to food limitation in the summer, including slow, moderate declines in body temperature and activity." The loss of sea ice in the Arctic, attributed to rising temperatures amid global climate change, has prompted worry about the future of polar bears. They are specialized sea ice predators, hunting ringed and bearded seals from the surface of sea ice, mostly from April to June. During that time, they accumulate fat reserves that help them survive the summer when the sea ice melts.

With rising temperatures, sea ice is melting earlier in the spring. In some areas, this has reduced bears' hunting opportunities and left them with diminished fat stores. Such a compromised body condition before winter could threaten their survival. The researchers collected data on bears on shore and on the ice in the Arctic Ocean's Beaufort Sea, north of Alaska and Canada. They surgically implanted tiny devices to record body temperature hourly and placed collars on the bears with satellite tracking technology to monitor activity levels. "To this day, polar bears are tied to the ice. All bears spend the majority of their lives on the ice, and in some regions, bears are born and die on the ice, perhaps never setting foot on land," Whiteman said.
RELATED TOPICS