Carcass identified as leopard species thought to be extinct 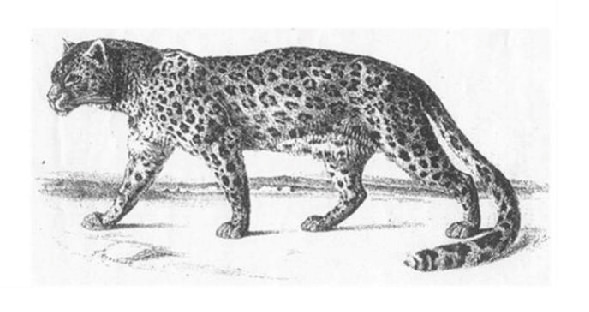 by Anadolu Agency Jul 23, 2015 12:00 am
The manager of the Forestry and Water Affairs Ministry's Malatya regional office, Ayhan Deligöz, announced the animal carcass that was found in the Boğalı village of the eastern Anatolian province of Tunceli's Pülümür district on July 18 was an infant Anatolian leopard. He said an Anatolian leopard gives birth to two to three offspring at once, and claimed other family members of the dead leopard are probably living within Turkey's borders.

Speaking to an Anadolu Agency (AA) reporter, Deligöz said although the animal carcass was under water for a long time, tests confirmed it was an animal belonging to felidae, which is the taxonomic family of cats. As the animal was unrecognizable, scientists collected tissue samples to identify the animal's DNA and send the samples to the Scientific and Technological Research Council of Turkey's (TÜBİTAK) Marmara Research Center. However, Professor Şağdan Başkaya of Karadeniz Technical University's (KTÜ) Faculty of Forestry Wildlife Ecology and Management identified the animal carcass as an Anatolian leopard while studying the photos. Expressing his happiness about the discovery, Deligöz said Turkey is the natural habitat of the Anatolian leopard. "This demonstrates the diversity and richness of wildlife in Turkey," Deligöz continued. Stressing that the animal carcass, which was decaying when it was discovered, showed no signs of any blunt force or wounds by firearms, Deligöz confirmed the 50-centimeter-long animal was an infant. The carcass was sent to Fırat University's Faculty of Veterinary Science in order for further studies to be conducted. Following the scientific studies on the carcass, the skeleton of the Anatolian leopard will be displayed at the Malatya Wildlife Museum as well as in Tunceli.

On Sunday, authorities reported an animal carcass that was found in a stream bed in a village in Tunceli is thought to belong to an endangered Anatolian leopard, a leopard subspecies native to southeastern Turkey that is believed to have gone extinct and has not been seen since 1974.
RELATED TOPICS