Autistic youngster turns every sound into a note 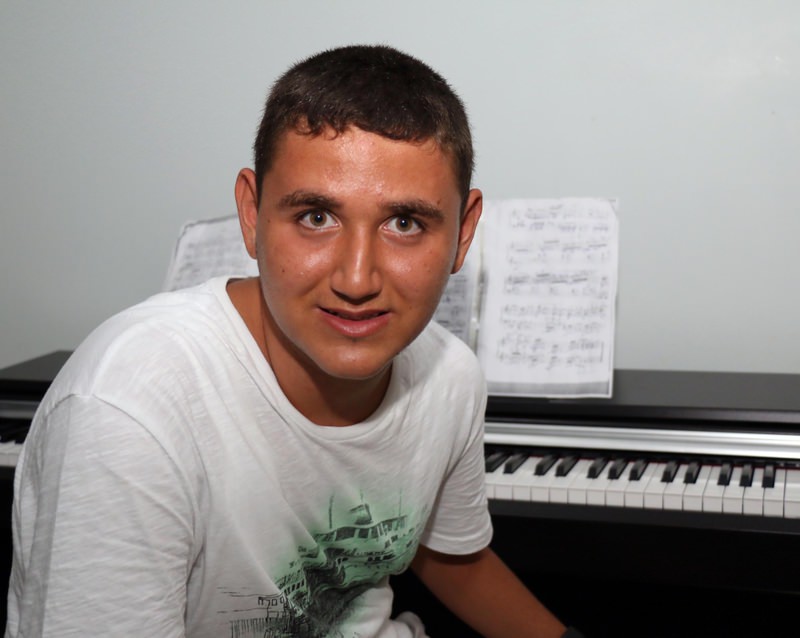 by Anadolu Agency Aug 02, 2015 12:00 am
Discovered during a summer course organized by the Antalya Metropolitan Municipality, Taylan Hartavi, 16, who has atypical autism, can write down every sound he hears as a musical note. According to a statement released by the metropolitan municipality, Hartavi shares a gift that has previously been associated with musical geniuses; "absolute pitch." Pointed out as a pianist of the future, Hartavi has shocked his teachers with his talent as he can interpret any sound he hears, whether from a musical instrument or nature, into musical notes. Hartavi, whose talent was discovered by music teacher Emre Köstence of the Haşim İşcan Family Training Center, works continuously to win the conservatory exams of Antalya Chamber of Commerce Fine Arts High School. His biggest dream is to become a pianist. He sits down in front of a piano whenever he sees one and enchants his audience.

Hartavi said he wants to be a successful pianist in the future, adding that playing the piano makes him happy. "I am playing the piano for hours. My goal is to pass the exams for the conservatory. I want to study music," he said. However, the only thing that upsets the young musician is not having a piano in his own home. "My biggest dream is to have a piano of my own," said Hartavi. On the other hand, his mother Fadime Hartavi said she realized her son was special when he was two and a half years old. "His music teacher discovered that he can even write down the 'knock knock' sound as notes. Thanks to the efforts of his music teacher, my Taylan will have a chance to be a future Fazıl Say or İdil Biret. People with atypical autism live in their own world. However, Taylan became one with piano and he socialized. He is a special boy." Köstence said Hartavi loves Mozart and Beethoven the most and underscored that his student can play the piano for 10 hours straight. "If he receives a good education, he has the talent to compose. People consider autism as a disability but autistic people are very successful at artistic activities," said Köstence. In his statement, Mayor of Antalya Metropolitan Municipality Menderes Türel said he is proud of Hartavi and he will provide all the support he can.
Last Update: Aug 02, 2015 11:27 pm
RELATED TOPICS