Traditional Turkish dolls on display at museum in Buenos Aires 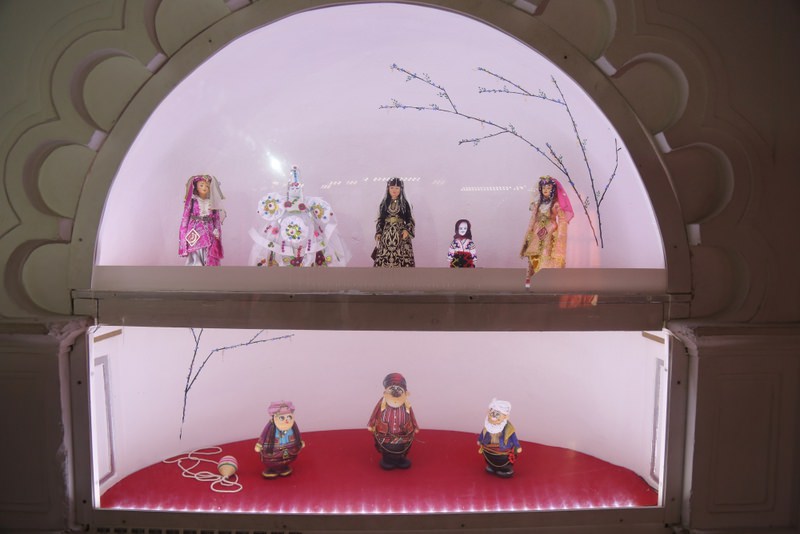 by Anadolu Agency Aug 04, 2015 12:00 am
The Turkish Embassy in Buenos Aires presented a number of traditional Turkish dolls to the international doll museum "Republica de Los Ninos" (The Republic of Children) in La Plata, the capital city in the province of Buenos Aires. Following a ceremony, which was overseen by La Plata Mayor Pablo Bruera, the dolls including "Ankara seğmeni" (tribe guards), "Nasreddin Hodja," "Istanbul Gelini" (The Bride of Istanbul) and local handmade dolls brought from Tokat, Cappadocia and other regions of Anatolia, were put on display at the museum.

Speaking to an Anadolu Agency (AA) reporter, Sedef Gözde Akal, an officer at the Turkish Embassy said they "hope to create a more vivid picture of Turkey in children's minds living in a geography where Turkey is not known very well through the dolls that reflect Turkish culture." Museum Director Cezar Luis Serna Amaya said donations of dolls from different countries to their museum is very important for children as it encourages cultural exchange and enriches their perspectives by learning about different cultures. Amaya also said Turkey's donation will be a cultural initiative for hundreds of people who visit the museum every day.

At the end of the program, the guests were treated with baklava and Turkish coffee. Republica de Los Ninos was founded in 1951 by former president Juan Peron's wife Eva Peron, who is also known as Evita. It is said that Walt Disney, who visited the museum, was inspired by Republica de Los Ninos for his theme park Disneyland.
Last Update: Aug 04, 2015 2:18 am
RELATED TOPICS