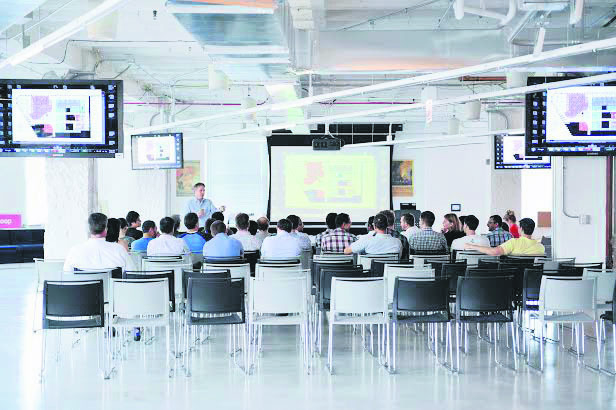 Even though engineering is often the top-ranked field by those who got top marks on university exams, well-educated engineers gravitate to other fields due to the lack of projects. That is why many engineering entrepreneurs try their chances with software groups in the U.S.

Three friends who each hold a bachelor's degree from the Istanbul Technical University (İTÜ) Department of Electrical Engineering searched for an entrepreneurship opportunity to establish their dream business, yet have encountered some difficulties. They were advised to turn their hand to e-commerce as both hardware and software products are already available and there are tech giants dominating the market. In other words, young entrepreneurs face handicaps and then have to deal with biases. Not only the state, but even investors are not open to new and long-term ideas in Turkey's technology industry, which generally suffers from the lack of innovative suggestions. Short-term and result-oriented entrepreneurship is also bound to fail.

Indeed, students with the highest university entrance exam results mostly prefer computer and electrical engineering as their first choice. However, there is a lack of projects that will turn well-educated engineers into entrepreneurs. Turkey's technology scene is insufficient, and suffers from a lack of new innovations, entrepreneurs and investors. The state as well as wealthy businessmen are not ready to take capital investment risks. Only universities and technoparks try to close the current void. In Turkey's business scene, universities train the best engineers and then they learn marketing. A distorted structure appears because those marketing a project are better trained than those designing it. Young researchers, especially successful ones who go abroad for masters and doctorate degrees, do not tend to come back as projects are not attractive enough to draw their interest.

There are certain entrepreneurs willing to chance the current scene, though. Technoparks at prestigious universities such as İTÜ, Middle East Technical University (ODTÜ), Boğaziçi University and Bilkent University have opened branches in Silicon Valley. On the other hand, while state institutions continue to forge agreements for construction projects, software projects are quite insufficient. When state institutions purchase computers, they prioritize hardware, not software. This is because software companies do not open up to long-term human resource investments. A significant portion of information technology expenses in Turkey is composed of hardware investments. The necessary services and software that will bring anticipated leaps and make the sector much stronger have not yet appeared. In the "Bilişim 500" (Informatics 500) study, hardware and telecommunication companies still take the forefront while software and service companies fall behind.

Nine Turkish entrepreneurs in the US

In the second phase of the İTÜ Gate: Rocket Your Business Program, which aims to send entrepreneurs abroad and make them into an international brand, İTÜ Arı Teknokent has chosen nine software companies to send to the U.S. The selection took place on July 13 among 16 companies. As of this week, they are expected to go to Chicago 1871 and the Rocket Space technology campus in San Francisco. They will meet international investors, entrepreneurs and academics, and have a chance to introduce themselves as well as forge new collaborations. Prior to the selection process, participants took a two-month training course covering a number of subjects like market entry strategies for the U.S., market research, price and revenue models, storytelling and prioritizing a brand's competitive advantages. This intense training helps technology companies develop their marketing skills. Following this, companies deliver a presentation to a jury committee that also includes investors.

The Turkey office of the Internet Advertising Bureau (IAB) released the DigitalSCOPE 2014 report, which was co-prepared with seven other IAB contributors from the Middle East and Eastern Europe, to offer insights about Internet usage. The report indicated that Turkish users use search engines and email services the most. A total of 73 percent of users connect to the Internet while watching TV, 47 percent of people who use two different screens at the same time also surf social media, 21 percent search for the people they see on TV and 19 percent search for more information about the brands that they come across on TV. Among many activities that take place online, the usage of search engines stands out. Moreover, the report showed that 70 percent of Turkish users use their computers to check email and collect information about brands. Navigation apps (64 percent) and social media apps (64 percent) stand out among the most-used apps among Internet users connecting via cellphones, while tablet users mostly read articles (39 percent) and watch videos (38 percent).

More than two hours spent on the Internet