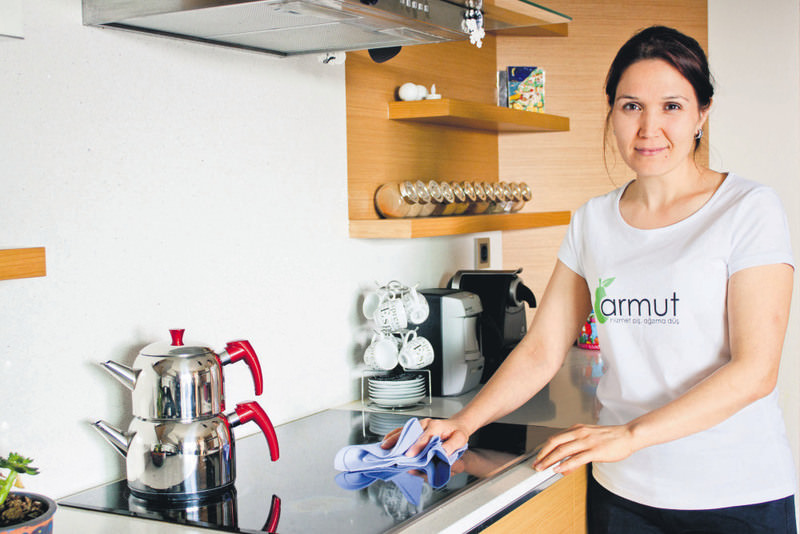 60,000 square meters of painted surface and an average service fee of TL 7-TL 13 per meter are the figures for the first five months of this year, which were revealed by armut.com – an online local services marketplace in Turkey. Turkish customers who need to paint and/or whitewash their home are searching for a good, local service provider online. And armut.com data clearly shows interest is growing day-by-day. According to data, yearly growth from Q1 2014 to Q1 2015 is around 60 percent, a significant figure.

Turkish customers spent more than TL 15.6 million on paint and paper hanging services last year. In the first five months of 2015, the demand for such products and services has already surpassed TL 9 million. Armut.com's report also highlights the services that were solicited and other data, such as more than 160,000 square meters of surface was painted in the first five months. The average service rate for such services ranges between TL 7 and TL 13 based on the service scale, equipment and workmanship required. According to the report, Turkish homes chose fresh and clear colors for the summer. The ones with varying tones of grey and blue-green gradations are favorites.

The story behind the platform

Without facing strong competition, armut.com has become the leading online local services marketplace in Turkey. Its founder's ambition is to expand this even further and become a household name for local services. The next logical step after this could likely be international expansion. 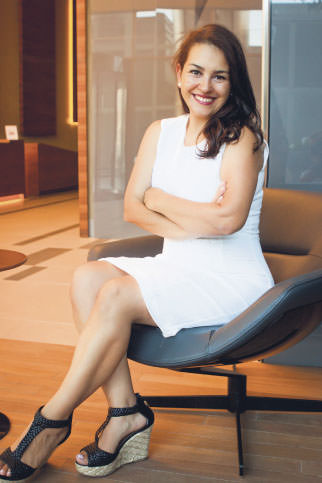 As with all good startups, armut.com is an idea that started off with a personal problem. Its founder, Başak Taşpınar Değim, moved back to Istanbul from New York in 2010 with her family. After so many years in a foreign city, it was very challenging for her to find local service providers. She said she got her fair share of poor-quality service and even got ripped off once. "That is when I thought maybe there can be an easier way to connect local service providers with customers through technology," she said. "We tried to build a website that is easy to use and can help solve the problem of finding trusted providers. At the beginning it started with testing a hypothesis, and since day one, we have been listening to our customers. When we first started, it was just an empty website with very simple code and no customers or providers. Now, armut.com's monthly traffic surpasses 1 million visits, and we have more than 50,000 local services providers across hundreds of service categories, mostly home improvement, moving and cleaning. The amount of requests on armut.com amounted to about TL 900 million in 2014, and most importantly, our customer satisfaction rate is 98 percent."

While the website itself resembles a social network for customers and service providers, Başak's journey is personal. When asked about the hardest part of her professional journey, she said it was the process in the beginning. "It needed lots of courage. And that courage came from a totally unexpected place. I had the problem and was thinking of a solution, but I didn't focus on this right away. One night, my son got sick and was hospitalized for a respiratory problem. Once there, it struck me that life is short, so after all was fine and we went back home, I decided to pursue my dream. I told my husband that I was going to work on building armut.com – the name was not 'armut' then of course – and resign the next morning. He said 'OK, good night,' and I tendered my resignation the following morning," she said.

'Istanbul gives me a sense of connectedness'

Başak now lives in Istanbul and the city reminds her of New York – the chaos, the energy and the fun. The infamous traffic of Istanbul is not her favorite part about the city but according to her, even a quick stroll by the Bosporus makes one realize the beauty of it; and it is all worth it.

When asked about her professional success, Başak said being an executer is extremely important. "A lot of people can have great ideas, but only a few of them dare to take that idea and create something tangible. So, stop procrastinating today, and go build your dream," she stressed.

She also said those creative moments come at unexpected times. It is usually during off times, right before bed or on vacations. But she had more to say about creativity as a whole: "I think there usually is some incubation time before that. You spend time thinking and analyzing a problem, and I think the brain keeps processing it even when you don't actively work on the issue. And then something magical happens even when you're sleeping, and there you have the answer you have been looking for."
RELATED TOPICS