Reconciliation between families as a life-time occupation 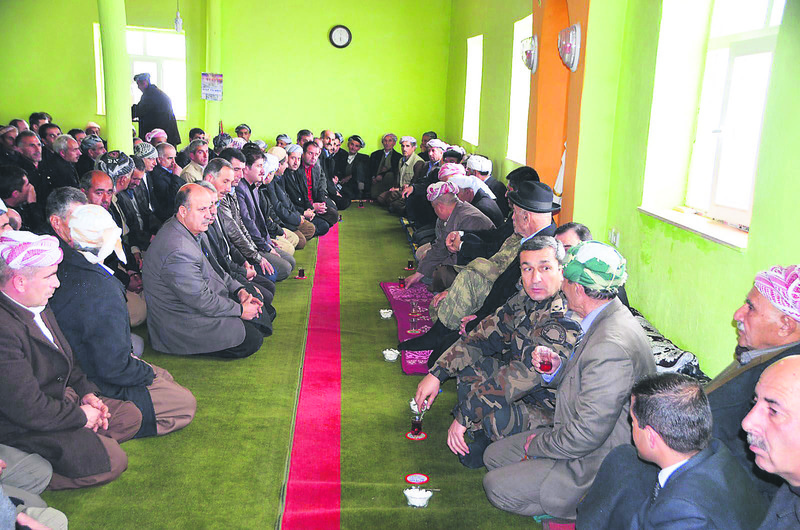 The former president of the chamber of butchers in Diyarbakır, Sait Özşanlı, who was also a victim of a blood vengeance, dedicated himself to reconciling the conflicts of people with the same problem. He spent two-thirds of his fortune on this mission. Özşanlı was able to reconcile 850 blood vengeances and animosities, and prevented hundreds of murders. He made a name for himself internationally as "the man who reconciles," and he was nominated for a Nobel Peace Prize by the French news agency Agence France-Presse (AFP). Özşanlı, whose biggest dream was to "reconcile the Kurdish issue," which he believed to be the "biggest peace," went to Ankara in 2009 in order to receive treatment for heart problems. Before leaving his hometown, he asked for the blessings of his follow townsmen at the Liceliler Derneği (Foundation of Lice Locals), which he founded. "The man who reconciles" died in his hospital room on Aug. 10, 2009. He was buried in the family cemetery in Lice following a funeral in Diyarbakır, which was overseen by more than 5,000 people.

Following the death of Özşanlı, Metin Özşanlı established a commission in order to continue his father's legacy. He included his father's friends who are also dedicated to ending conflict and blood feuds. He named the committee the "Sait Özşanlı Peace Committee," and reconciled 280 blood feuds in the region in the last six years.

Speaking to İhlas News Agency (İHA), Özşanlı said his father used to take him to the meetings that sought to end the blood feuds. "He always advised people around him to take their children to weddings and to pay their condolences to grieving families. He took me everywhere since I was a little boy. Sometimes, I watched him astonished as he talked for hours," he continued. He said some peacemaking cases lasted three months. "I always wondered how he found all that energy. When the families reconciled, he smiled. When I asked him why he smiled, he always said I would understand one day when I see a smile on a mother's face," he added. He said his father did everything without expecting something in return. "I saw the house where people offered their condolences to our family. Thousands of people paid their respects to him in Diyarbakır during his funeral," he said.

Stressing that he feels he must take up the mission after witnessing all the peacemaking meetings and the work of his father, Özşanlı said: "His friends and I founded a peace committee in the name of Sait Özşanlı. Thank God, his mission continues. We reconciled [the conflicts] of nearly 280 families following the death of my father. At least 185 of these cases were blood feuds."

Özşanlı and the committee work hard to reconcile any feud before they turn bloody. "My father always said 'if there is a fire, you should put it out by pouring water,' as it should be extinguished before it grows bigger. When we go to a meeting and people hear my father's name, the light in their eyes makes our work easier. We will continue to keep my father's legacy alive as long as we can," Özşanlı concluded.
Last Update: Aug 14, 2015 2:29 am
RELATED TOPICS