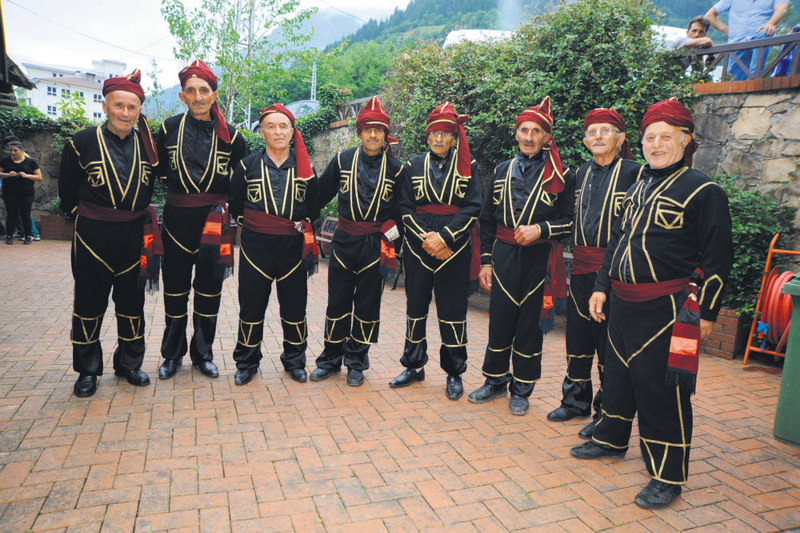 Founded in the village of Camili in Artvin's Borçka district in 2001, the Macahel Polyphonic Choir has been added to UNESCO's Living Human Treasures List, according to Culture and Tourism Ministry Secretary Ahmet Dursun, who paid a visit to the group. Also called Macahel, this village on the Turkish-Georgian border, keeps traditional songs alive via its choir, whose members' average age is 68. Although the group members do not have any professional musical training, they perform at various events, singing folk songs that have mostly sunk into oblivion.

The group members are Nevzat, 88, İsmail, 77, Hamdi Ertürk, 69, Muhammet Balcı, 69, Cemal Karadeniz, 67, Şükrü Cesur, 65, Muhittin Gökdemir, 54, and Medeni Altın, 53. Speaking to Anadolu Agency, Dursun said that the ministry is conducting projects to create an inventory of the intangible cultural heritage and promote the country's cultural richness and diversity. He said that such projects take years to complete because they include different stages and assessments.

In recent years, the ministry has completed license procedures for 10 intangible cultural heritages on UNESCO's Living Human Treasures List. Dursun said that the choir in Artvin represents the region's melodic, rhythmic and folkloric features. "Although the choir members are fairly old, they are dynamic, as if they were young boys. Every member of the choir has now been added to the Living Human Treasures List. They have regional value, reflecting the area's cultural color," he said, adding that the official announcement will be made in the upcoming days.Saying that all necessary inventory studies have been finalized, Dursun said, "Turkey already has other intangible cultural heritages. These senior choir members are now a part of them. I am happy to announce the good news as both ministry secretary and a cultural history professor." In the upcoming days, the members will receive their UNESCO-accredited certificates.

Choir conductor Hamdi Ertürk said that the choir members were discovered by folk musician İberya Özkan and Bayar Şahin, who performed in Georgia in 2001. Ertürk said they had some trials before forming the choir, which covers traditional Georgian folk songs. Ertürk said that they learned these songs from their fathers and grandfathers. "These songs are not commonly known in Georgia any more. They describe people's daily lives. Many of them are sung at weddings or other gatherings," he said.
Last Update: Aug 15, 2015 1:45 am
RELATED TOPICS