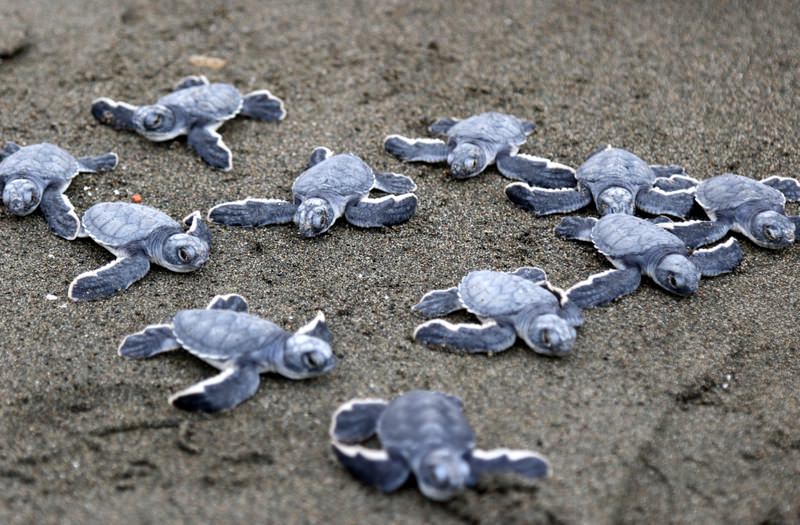 by Anadolu Agency Aug 25, 2015 12:00 am
Endangered green sea turtles that hatched in Hatay's Samandağ district have begun their voyage to the sea.

Green sea turtles laid eggs on Çevlik Beach in June and the hatchlings have just begun to hatch and head to the sea.

Assistant Professor Bektaş Sönmez of Cumhuriyet University and the head of Samandağ District Governorate Scientific Research Center and Mişel Atik, the president of Samandağ Environment Protection and Tourism Association, counted up the turtles that hatched on the beach. The counting on the 14-kilometer beach began in the morning with the participation of many volunteers along with students. Speaking to the press, Sönmez said the egg-laying period for green sea turtles finished in July and the eggs hatch in August and September.

"There was an increase in the number of green sea turtle nests on the beach in 2013. However, there has not yet been a significant change since then," Sönmez said, adding that they continue to protect the endangered green sea turtles. "As soon as we detect a nest, we follow up with the protection protocol," he said.

Atik said Samandağ is an important center for green sea turtles and he underscored the importance of their efforts to keep these animals alive for future generations.
RELATED TOPICS