Turkey loses over TL 20 million annually due to light pollution 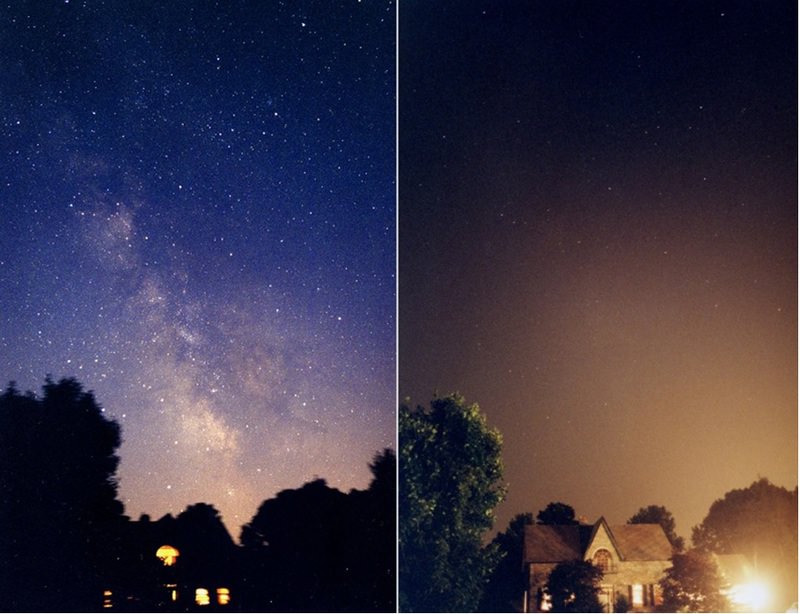 In most big cities, people cannot watch the night sky and stars as they do in villages due to light pollution.
by Daily Sabah with AA Aug 27, 2015 12:00 am

Lights that are used in the wrong place at the wrong time pollute the earth in various ways, including disturbing humans, animals and plant life and interpreting astronomical activities. While Turkey is taking some steps to curb it, the country still loses more than TL 20 million worth of energy every year

Light pollution, which refers to the misusage of lights, negatively affects the economy, nature and astronomy. When somebody looks at the earth from space, all he or she can see is the cities light, brighter than anything else in the world. If the cities could be illuminated horizontally instead of vertically, little light would be seen from space. The current state, however, suggests that most of the light that we use goes to space. Since the early 2000s, Turkey took important steps to prevent light pollution in the metropolis. However, Turkey suffers from over TL 20 million worth of energy loss every year, as places that should not be illuminated, are lit up.

All government politics around the world are channeled with energy sources. As energy holds a very important place in our lives, states continue to build hydroelectric and fossil fuel power plants, but this energy is wasted with light pollution. By using the right type of luminary and lighting up the necessary places, the wasted energy can be saved, which leads to a considerable financial saving.

Electricity became a part of people's lives in the late 1800s and early 1900s. As night lighting had not been used for millions of years, animals and plants regulated their lives according to the natural light. For instance, turtles that hatched, found their way to the sea by following the sparkling reflection of the moon on the water. However, now, if there is another light source around the area where these turtles hatch, they try to follow it instantly and perish. Similarly, the birds revolve around skyscrapers, as they produce an immense light source. As it can be understood from these examples, light pollution destroys the natural cycle, especially in Europe and the U.S. It affects the migration routes of the animals as well as their reproductive seasons. Light pollution also changes the plankton levels in the seas and lakes, breaking the first ring of the food chain.

Commenting on light pollution to an Anadolu Agency (AA) correspondent, Assistant Professor Tuncay Özdemir of İnönü University's Astronomy and Space Sciences Department said there are scientific studies on lamps, which offer energy saving and long-term usage, such as LED lights and their effects. He said that these lamps cause prostate cancer in men andb reast cancer in women. Özdemir underscored that LED lamps harm human health due to their wavelength.

Apart from the negative effects on health, light pollution can also do harm in the field of astronomy. Saying that people cannot watch the night sky and stars in cities as they can in the villages, Özdemir continued, "Seeing a clear sky full of stars makes people peaceful and happy. In fact, the biggest problems of today are unhappiness and edginess. Naturally, people are affected by light pollution."

Observatories cost a great deal of money to be built, and in fact, few countries come together and establish a common fund in order to build an observatory. In order for these buildings to work efficiently, they have to be built in distant places, away from light pollution. "In order to make an optic observation in the sky, one should measure the light coming from the stars. If there is an intervention, the result of the observation cannot be healthy," said Özdemir.

As a part of the initiative, Preventing Light Pollution in Turkey (TİKE), which was initiated by Istanbul Kültür University, measures the level of light pollution with the help of volunteers. The initiative will map Turkey's light pollution zones and make propositions to announce light free regions as natural areas.

On the other hand, international organizations also try to draw attention to the problem. United Nations announced 2015 as "The Year of International Light."

Özdemir said that the biggest duty falls onto the shoulders of the municipalities in they want to prevent light pollution. He also said that they need to be more careful while illuminating the roads and buildings and urged them to choose the right luminaries. Özdemir advised people to use directional luminaries instead of the more common lighting devices, and not light up unnecessary places. "We do not need to illuminate the entire city all night," said Özdemir and continued, "We could use lamps with timers and save energy by reducing the intensity of the lights. Moreover, precautions might be taken in order to not send so much light into space. Sodium based lamps, which are known as yellow light among public, do not cause any harm to human health and they should be used if you want to prevent light pollution. The laser lights used in entertainment centers also cause problems for aerial traffic as well as observatories and natural life. Restrictions should be made for these lights."
Last Update: Aug 27, 2015 10:03 am
RELATED TOPICS