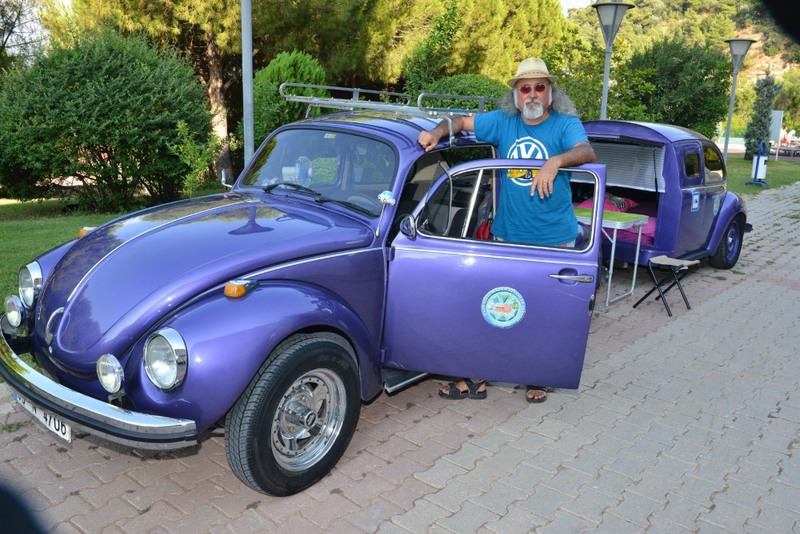 by Sep 02, 2015 12:00 am
When the Turkish Ministry of Health presented Ömer Er with the opportunity to participate in a public service annoucement highliting the importance of organ donations, the artist immediately accepted.

Ömer Er – an award-winning musician, composer and lecturer at İzmir's Dokuz Eylül University Fine Arts Faculty – is raising awareness about organ donations by driving around his customized 1972 model Volkswagen. As part of the 'Organ Donation Week', the Ministry of Health is airing an ad featuring Er and his beloved car. Er believes that using the Beetle would make the ad more persuasive because "the Beetle makes an association between spare auto parts and organ donation."

In 1992 Er bought his first Volkswagen Beetle, commonly referred to as a "Kaplumbağa" (Turtle) in Turkish, and since then has become passionate about both driving and modifying the unique car. Er painted his first Beetle from yellow to purple. Later, he bought another Volkswagen Beetle and transformed it into a mini caravan. "I designed this living space. There is an air-conditioner, TV, 2-meter bed, 220-volt electricity system and a lighting system," he said, adding that he goes and sleeps anywhere he wants with his caravan. The car is more than a means of transportation for Er, who said "I do not want to drive or get in any other car. I do not enjoy it. It is not only a car for me, but a fellow traveler that understands me." Er gleans tremendous satisfaction from being able to apply his passion for Beetles toward advancing the Ministry of Health's initative and promoting a healthier community.
RELATED TOPICS