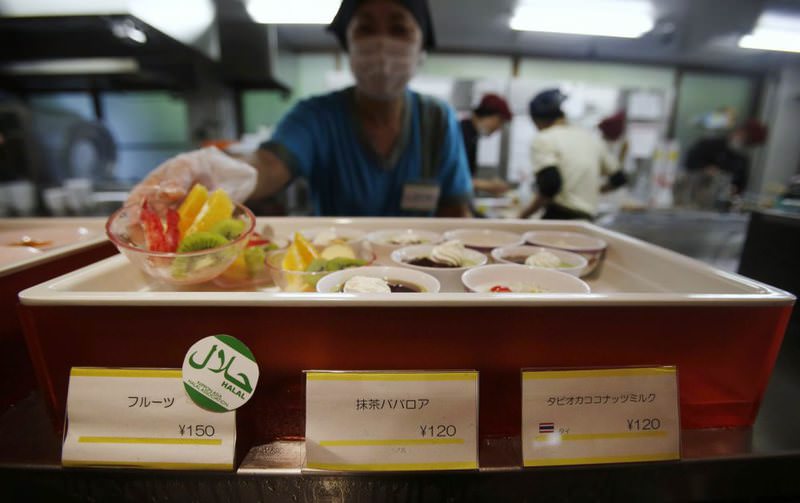 Istanbul will discuss halal tourism in the beginning of December, where more than 1,000 attendees will come together in the city for the second annual International Halal Tourism Conference. Industry and sectoral professionals are expected to formulate new strategies concerning the $150 billion sector

The concept of halal tourism, which concerns nearly 1.5 billion Muslims all over the world, is the fastest growing trend of global tourism. Many conferences have taken place in different countries to better introduce the concept of halal tourism and attract more people and interest. The second annual International Halal Tourism Conference, a three-day event that was initiated by CM Media under the sponsorship of the Culture and Tourism Ministry and Turkish Airlines, will be held from Dec. 1-3 at the Istanbul Lütfi Kirdar Congress & Exhibition Center (ICEC).

The event is expected to bring together the global tourism industry and sectoral professionals to discuss strategies on how to tap into this niche market. The conference will be crucial for professionals who are actively engaged in the sector or seeking ways to operate in this market. More than 1,000 international delegates from 30 countries, including industry experts, international speakers, specialists and tourism suppliers are expected to attend the International Halal Tourism Conference.

According to MasterCard-Crescent Rating Global Muslim Travel Index (GMTI) 2015 data, which is regarded as the most comprehensive research that has been conducted on the sector, the global halal tourism market totaled $150 billion and experienced 14 percent growth last year with 108 million Muslim travelers representing 10 percent of the global travel economy. This number is predicted to grow to $200 billion by 2020. While countries such as Saudi Arabia, Malaysia, Turkey and the United Arab Emirates are prominent actors in this sector, many more countries, regardless of their religious majority, are trying to attract Muslim tourists from all over the world by offering them facilities in accordance with their religious beliefs.

Halal tourism provides holidays to Muslim travelers, according to the teachings of Islamic Sharia. It offers many different services including flights to different destinations where alcohol or pork-free products are served, hotels serving halal food that is slaughtered in accordance with the teachings of Islamic law, the announcement of prayer times, gender segregated swimming pools and spa facilities, private holiday villas with high walls and religious programs are included in the onboard entertainment.

The first international conference on halal tourism that took place in Europe was held in Spain last year with the attendance of more than 400 delegates. Turkey will also host another crucial event for the halal sector next year. Organized by Sakarya University and the Saudi Arabia International Islamic Trade Finance Corporation (ITFC), the second International Halal Market Economy conference will be held from March 6-7, 2016. While financial aspects of the Halal Market had been discussed at last year's event, next year's symposium will focus on the halal clothing market. The conference aims to increase halal sensitivity about Muslim's clothes, encourage investments in the sector in Muslim countries and establish new strategies to better promote halal clothing among the Muslim population. Abdullah bin Ahmed er-Rumeyh from El-Kassım University's Faculty of Islamic Studies will chair the conference's supervising council board.Furthermore, the first halal cruise, which caters to Muslim travelers, was launched in Turkey by Antalya-based Fusion Tours at the beginning of August. On the company's September voyage to neighboring Greece, there will be no alcohol, no pork products and no gambling. Also, everything onboard will be in accordance with Islamic religious values, including gender segregated sports centers, single-sex spa facilities, separate Turkish baths and prayer rooms.
RELATED TOPICS