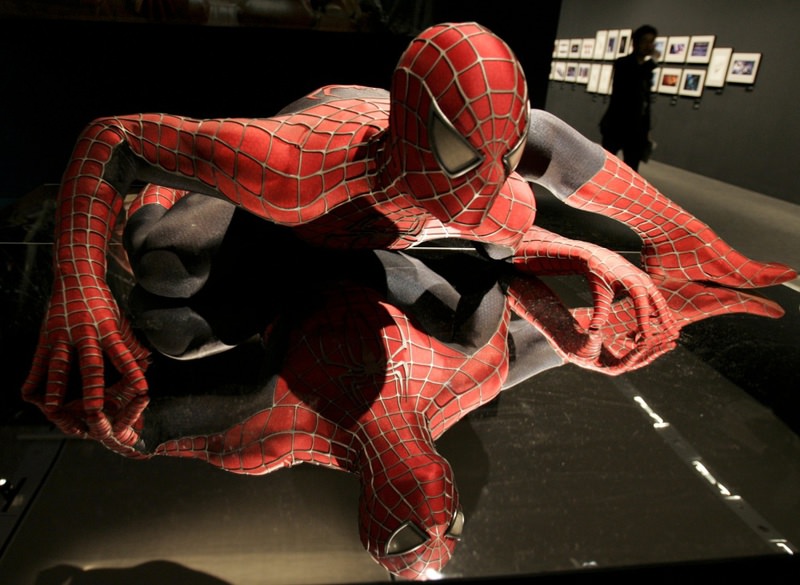 by Daily Sabah Sep 03, 2015 12:00 am
Marvel's superhero Spiderman has been listed as the most popular superhero among Turkish people, according to the Internet search results on the popular search engine Yandex since the beginning of this year.

While Spiderman ranks first, Marvel's superhero is followed by Iron Man, who was featured as a character in the Hollywood production "Avengers: Age of Ultron." DC Comics's hero Superman claims the third place in the list. The green giant Hulk, which is a character that became popular with the Avengers film series, ranks fourth while Batman, which superhero fans will watch in the film "Superman: Dawn of Justice," claims fifth place. Marvel's other superhero Captain America, which will be featured in the upcoming Hollywood film "Captain America: Civil War," enters the list at seventh place. Daredevil, which caused a sensation with the TV series adaptation by Netflix, claims the ninth place, according to Yandex search results. Ant-Man has recently gained global recognition but is not listed on the list despite its recent popularity with its box-office film adaptation. The list featured eight superheroes from Marvel Comics and two from DC Comics. Here are the most popular superheroes in Turkey: