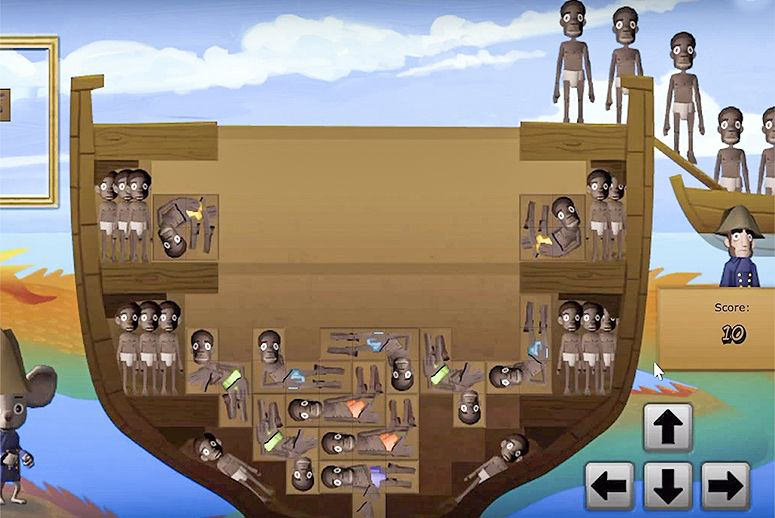 by Associated Press Sep 04, 2015 12:00 am
An educational video game has been edited following a social media backlash over a scene depicting slaves being packed into a ship. The creators of "Playing History: Slave Trade" removed a level Monday which featured black slave characters being dropped into a ship similar to the video game "Tetris." "Apologies to people who were offended by us using game mechanics to underline the point of how inhumane slavery was," read a statement posted on the game's page on Steam, an online store. "The goal was to enlighten and educate people not to get sidetracked discussing a small 15-second part of the game."

The scene was also removed from the official trailer for the title, which was originally released by Copenhagen-based developer Serious Games Interactive in 2013.

The game captured attention last week when it went on sale on Steam and was promptly chastised on social media for trivializing slavery with the stacking segment. Serious Games founder Simon Egenfeldt-Nielsen took to Twitter to defend "Slave Trade" against the controversy before deleting his account Tuesday. He could not be immediately reached for comment.

"Slave Trade," which is intended to teach children ages 11 to 14 about slavery in the 18th century, casts players for most of the game as a young slave steward named Putij, who serves on a ship crossing the Atlantic Ocean. While the "Tetris"-like slave-stacking level has been excised from the game, a talking mouse character who guides players still says at one point: "Slave traders didn't look upon slaves as people but as a product. They therefore stacked the slaves on top of each other to get as many as possible shipped." Other titles in the Serious Games' "Playing History" series include "Playing History: Vikings" and "Playing History: The Plague."
RELATED TOPICS