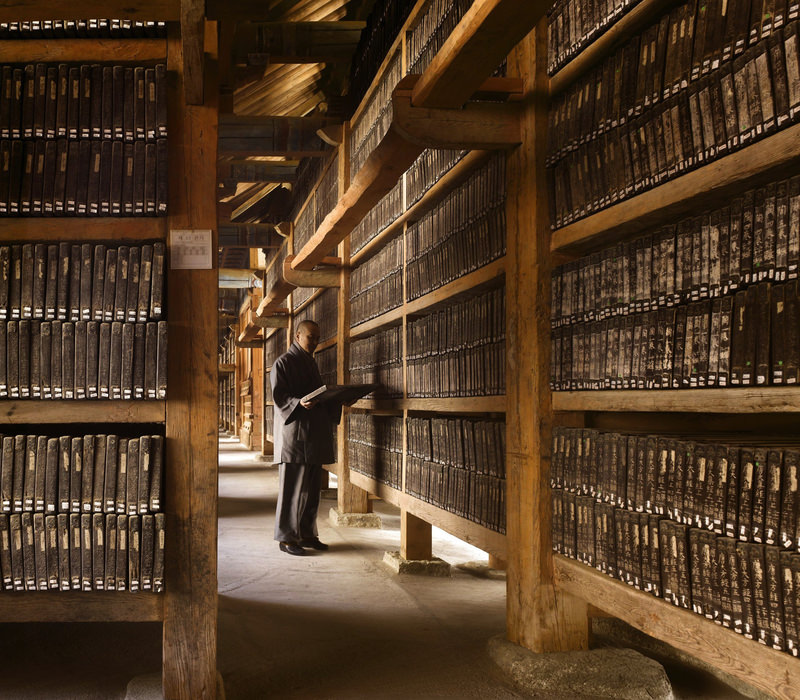 Istanbul, a hub of civilizations throughout history, is a haven for bookworms to discover millions of works of literature on a voyage through time thanks to its libraries, which offer a cozy atmosphere away from the meddling crowd

Library buildings, which were designed to host documents and written work itself, are one of the earliest inventions around. It has been a means to convey what we experience now to future generations. Libraries are best described by Ray Bradbury, who said, " Without libraries what do we have? We have no past and no future."

When one of the most significant libraries from ancient times, the Library of Alexandria, was destroyed, it caused irreparable loss in the public knowledge along with an incalculable loss of ancient works. The Imperial Library of Constantinople, today's Istanbul, turned into a center for Greek and Roman thought. This is how the magnificent story of Istanbul's books and history began.

Located between Asia and Europe, Istanbul has stood as a bridge between civilizations for centuries. When you walk into the city's libraries, you will discover how history tells you its own story. When was the last time that you held a century-old book in your hands from the shelves or the last time that you got lost in a great work from the 16th century? In today's highly digitalized world, we are able to reach out to the information online, but with a slight difference: None of them will give you the ability to voyage through time, because libraries also function as a road to get away from the hustle and bustle of the busy city life in these modern times.

Except the libraries in schools, universities and other private institutions, in Istanbul with a population of 14 million, there are only 59 public libraries, according to the 2014 study by TURKSTAT. Also, the number of people who go to the libraries to borrow books is also quite low, compared to other big cities around the world. The reason behind the lack of libraries is either a lack of public interest in public libraries in today's world, or the inability to tell people the importance of libraries in big cities such as Istanbul. While we all want more public transport to reach where we are headed or cafes to socialize, we Istanbulites may never ask for more libraries. However, libraries are not only cozy places to work on academic, business or other creative studies, but also a way to discover your inner self, away from the busy crowd.

If you are eager to discover one of the most underused treasures of Istanbul and the city heritage among the walls of historical architecture, here are some of the public and private libraries open to the public. 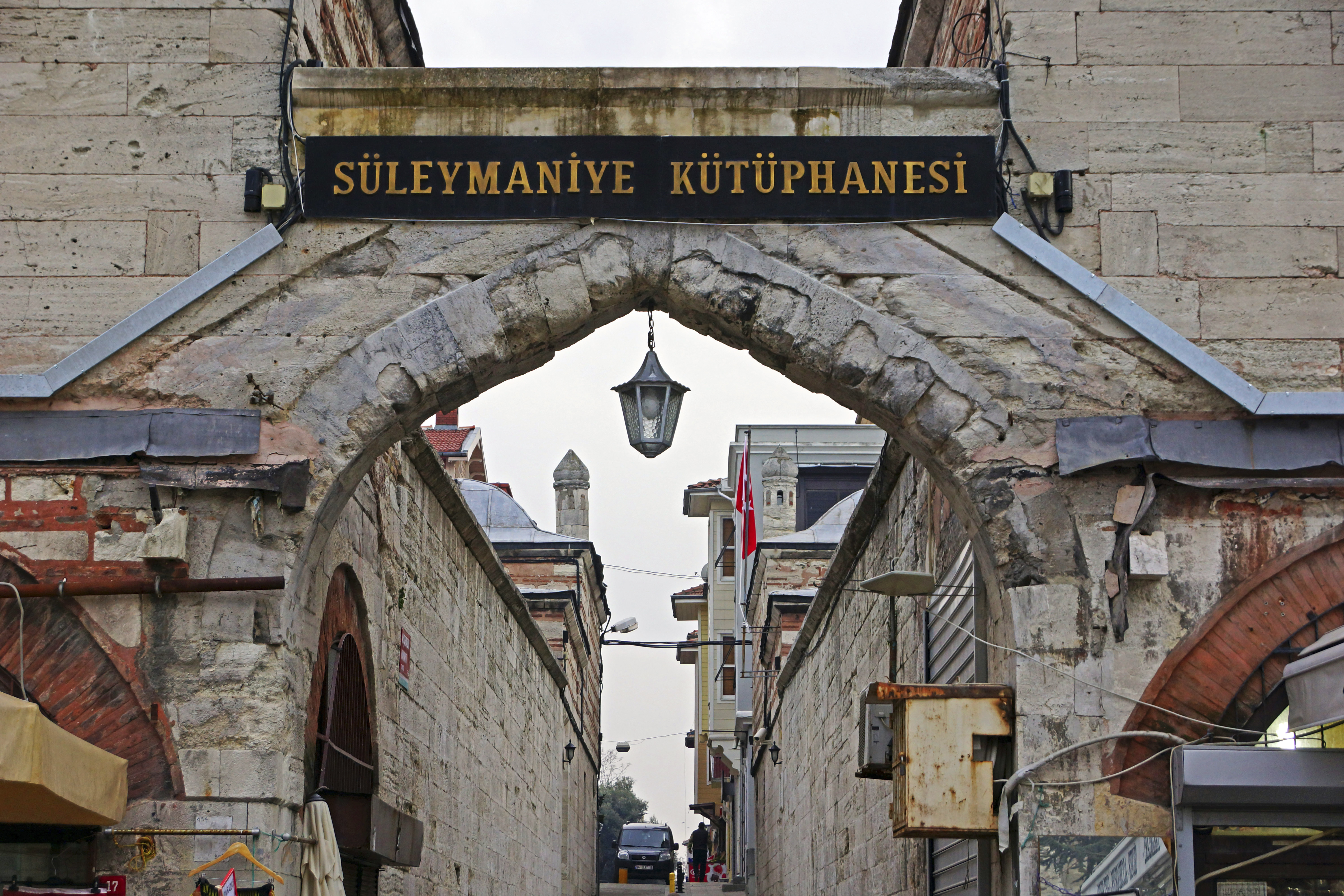 Süleymaniye Library, located in the Suleymaniye Mosque complex in Istanbul's Fatih district, is the largest manuscript library in Turkey. With a broad collection of Islamic manuscripts, the library stands on the historical peninsula like a language from old times. Established in 1918, the library is one of the few places for you to find many sources on Islam and the Ottoman period. Even though the library has existed since the mosque complex was established with medreses, it was the beginning of the 20th century when it was opened to the public. When the traditional Ottoman institution for religious learning was closed in 1924, many of the works by mosques and medreses around Istanbul were delivered to the Süleymaniye Library. Even today, there are many private donations, including manuscript works pouring into it. As a result of modern times, you can now reach out to the library's manuscript sources online and from computers in its reading rooms after they were digitalized between the years of 2002 and 2011. You must receive private permission to reach the physical manuscript. 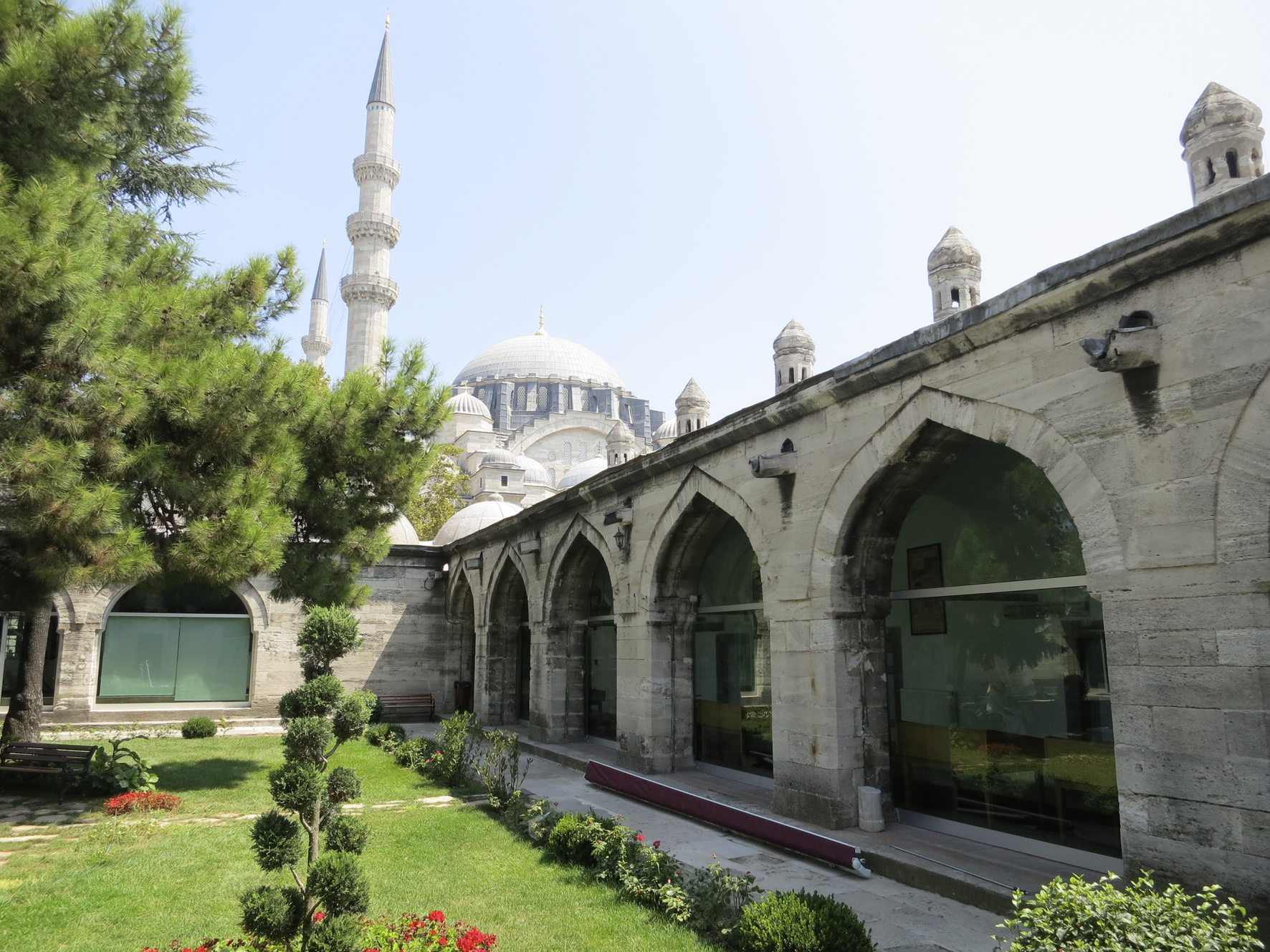 There are nearly 100,000 manuscript sources and 50,000 printed works in the Suleymaniye Library today, so it can be said that the library is like a haven for researchers. The thematic classification of the books in the library seems quite impossible due to the high amount of books, which mainly touch on law, rhetoric and grammar, morality texts and many more. It is estimated that nearly 60 percent of the scripts were written in Arabic, while 30 percent are in Turkish and 10 percent are in Persian, while some sources are in European languages as well. The library is one of the first libraries in the world that systematically digitized its collections, so you may come across quality problems while doing your research. For those who are interested in Islamic studies and the Ottoman period, the Süleymaniye Library is a real treasure that you will be lost within all the sources. The accessibility is another feature that makes it one of the best information havens for researchers. Its working hours are between 9:00 a.m. and 5:00 p.m. from Monday to Friday, but researchers are able to use the resources of the library's reading room from 9:00 a.m. to 11:00 p.m. every day of the year. 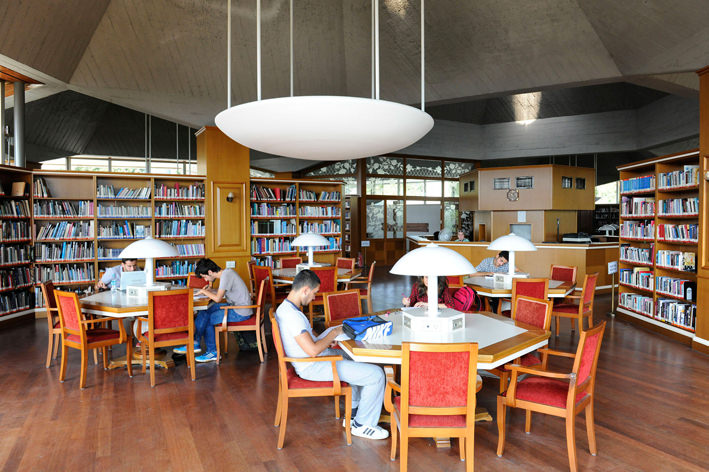 Located in the Taksim district on the European shore of Istanbul, known as the heart of the city, the Atatürk Library is the one and only public library open 24 hours a day, seven days a week in Istanbul. The library has been open since 1939 and it functions as one of the most used public libraries in Istanbul with around 600 people visiting each day. Described as the first municipal library in Istanbul, the Atatürk Library moved in the 1960s due to a lack of space, after the library extended its collection. Today, the library is located in a building constructed by Koç Holding. The architecture of the library is another feature that makes it an interesting place for researchers. Above a green hill dotted with trees, the library's concrete and glass structure has six-tent roofs around the central hub, which look like the tents used by Turkics in Central Asia. The top of the library is windowed completely and gives you an incredible Bosporus view. At the start, the library had around 170,000 publications, mainly donated by some of Turkey's top intellectuals of the time. Today the library has around 500,000 publications, including books, antique writings, maps, postcards and one of Turkey's largest newspaper and magazine collections.

Founded in 1884, the Beyazıt State Library is one of the oldest state libraries in Istanbul. Located in Beyazıt Square in the Fatih district, the library draws attention due to its rich collection. The library has an interesting story as it is said that the head librarian of the library between 1896 and 1939, was so fond of cats that he fed them within the building and allowed them to stay there and today it is also known as "kedili kütüphane," meaning "the library with cats," in Turkish. The library stands on the historical peninsula where Byzantine, Ottoman and Roman remains are all together. The location of the library makes it a "must-visit stop" for researchers who are interested in history. There are more than 1 million works in the collection of the library, including books, newspapers, rare works, maps, a money archive and many more. The library is not just a place for you to do some research, but also functions like a complex for researchers to spend hours and hours with reading rooms, language laboratories, music and video rooms, and a conference room for cultural activities. The library also produces audio books for the visually impaired. The library is open between 8:30 a.m. and 5:00 p.m. from Monday to Saturday. Bear in mind that foreigners need to receive private permission to use the library. If you are eager to visit, you need to write to the Cultural Ministry for permission.