They couldn’t share it, so they cut the car in half 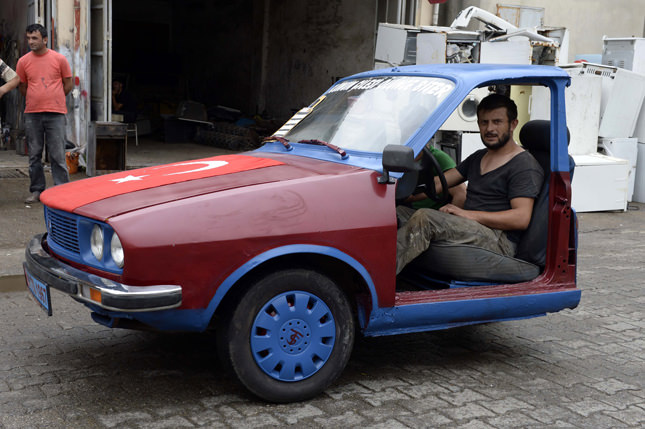 by Abdullah Kızıltaş Sep 14, 2015 12:00 am
Serdar Baş and his friend, working in the Trabzon industrial zone bought a scrap 1988 Renault Toros. The two master mechanics wanted to sell the car after repairing it but they could not agree on who got what and decided to split the car literally in half.

Baş took front part on the car. Then he proceeded to installing an engine, tires and an LPG tank on the car, while adding a motorcycle wheel in the back half.

Baş said he wanted to do something different; the vehicle was worked on over a period of 20 days to bring it to this state.

"The term 'People of Black Sea' means to produce something different. We had to scrap the car. We did not agree and we were two partners that had to share the car. Part of it was mine, the other half was his. There was no engine in the car. We fit and installed a strong engine to the car. We placed headlights on the rear section and an LPG tank to the inner section. It also has one motorcycle tire in the rear portion," he said.

"Its license plate (not recognized by the state) is "61 TS 1967" and the front hood bears a Turkish flag. We painted the car with red and blue colors and now people to look in amazement," Serdar Baş added.

"We painted the car the color of our (province's professional soccer) team, we are supporters of Trabzonspor. If we had more money, the car would have been different," he said.

Oğuzhan Kobal, who helped in the construction of the vehicle said, "We spent a total of 3 thousand Turkish liras. Driving is very nice. We're going to drive to our village. When other cars break down on the road and are in distress we'll go help them," he said.

Kobal, citizens want to take pictures and videos with the vehicle because the car is very beautiful and different. 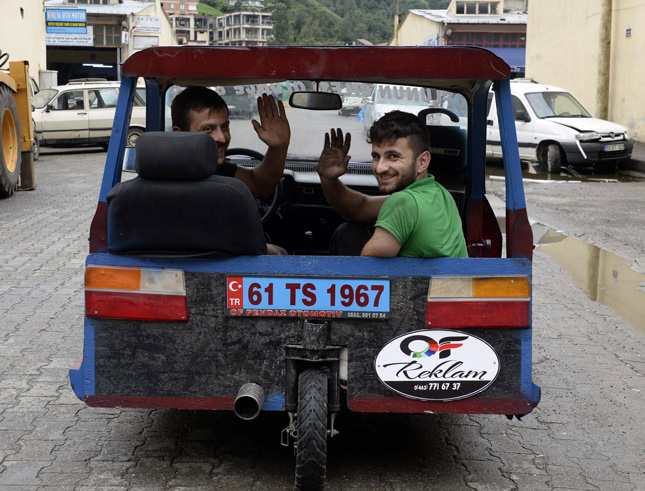