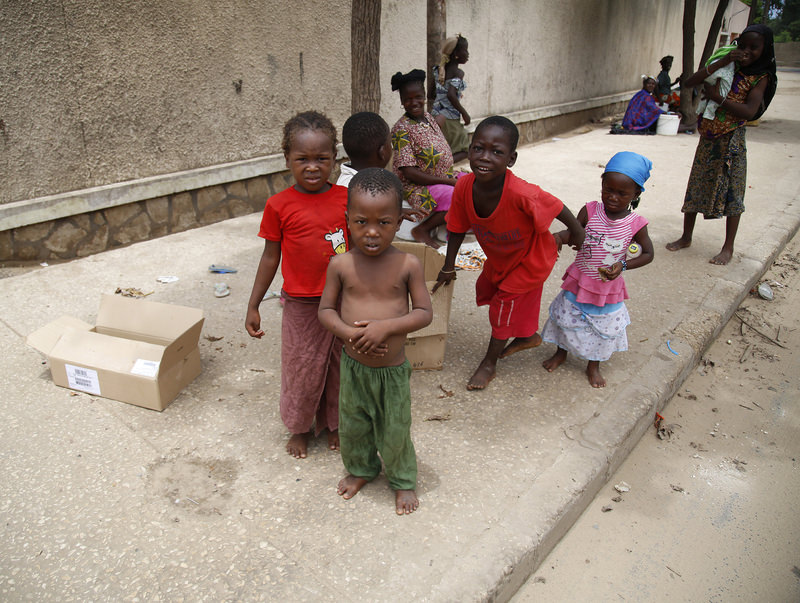 Tens of thousands of children from Mali, Guinea and Ghana, between the ages of one and 15, are forced to beg on the streets of Dakar, the capital of the West African country Senegal. These children are called "Talibe" and they wander around the streets day and night, begging for money to survive. The children, who are either orphans or abandoned by their parents, are brought to Senegal from neighboring countries by "Marabouts" (false dervishes). Marabouts gather these children together in "Daaras" (Quran courses) and pretend to offer them a religious education.

Most of the population of Senegal is Muslim and they did not want to give up Islam during the colonial period under the rule of France. Daaras, which offer Quran education, have been an important institution in Senegal throughout history. Today, these schools are mostly preferred by the people of Senegal, as they provide a high quality education, offering religious and science education together and also more than one foreign language.

However, sometimes parents whose income is not sufficient or who live in rural areas send their children to these schools, fearing they will not be able to afford another school. The people living in the region of these Daaras are always taking care of the students.

Almost all of these Daaras are controlled by communities that are very effective in Senegal's social life. In fact, many Senegalese politicians graduated from Daaras. For instance, current Senegalese President Macky Sal studied both science and religion at one of these Daaras. Moreover, there are various doctors, businessmen and artists who continued their education at universities after graduating from these Senegalese Quran courses.

Bineta Lo, who sends her son to a modern Daara, told Anadolu Agency that she pays 30,000 CFA francs ($60) every year to the institution and he receives a good education.

However, there are many illegal Daaras controlled by gangs in Senegal. These Daaras are used to gather children and force them to beg on the streets. The conditions of children who are receiving a so-called education are heartbreaking.

It is claimed that the false dervishes bribe the border patrols and smuggle these children into Senegal via busses. Although the government of Senegal sends these children back to their countries, the smugglers take advantage of the regulations of easy border crossings between the Economic Community of West African States and bring new-orphaned children to Senegal.

The identities of these children are unknown as are their addresses, families and names. The orphaned children of Africa take a step into the unknown when they arrive in Senegal with an unknown life between survival and death.

The children, who are placed in sheds, do not know how to hold a pen. Whenever they see children with their mothers holding their hands, they watch them with tears in their eyes. The word "father" is unfamiliar to them. The older ones take care of the little children as if they were their older brothers or sisters. All these children want, who pop up everywhere in Dakar, is to collect 500 CFA francs ($1) and take it with them to the shed. Children begin to beg at the first light of the day and return to their small sheds to rest at night. Hasan Ba, one of the beggar children, said, "If we do not bring money back, we are punished. Hence, we are doing everything we can to collect money from people." Guinean Idris Kande, another beggar child, said, "We begin wandering on the streets early in the morning and ask for money, rice or anything they can give from the people of Dakar."

Although begging is a crime in Senegal, many child beggars lose their life in traffic accidents or due to different diseases. Instead of giving money, local people prefer to give food to the children beggars. Both locals and politicians are aware of the fact that these children are punished when they return home without money.

Many non-governmental organizations frequently say that child beggars pose a risk for Senegal, a relatively safe and peaceful country in Africa. They spend their whole day on the streets and can experience many hazardous incidents. They are also not aware of their past and identity. Certain experts say that child beggars suffer from violence as well as sexual and drug abuse. According to official statistics, there are around 100,000 child beggars in Senegal and unless the necessary measures are taken, their number will rise. Additionally, international beggar mafias earn millions of dollars through child beggars. A group of Daara heads defend their actions by saying that the children would starve if they are not forced to beg. In Senegal, education is compulsory until the age of 15 and child labor is prohibited, however local people do not take action against these schools whose mission goes beyond education, condemning children to a life with no future. On the other side, many foundations and associations are trying to reverse the situation. Some foundations take the children and enroll them in proper schools. Local newspapers write stories about the child beggars. Senegalese people follow the news in the media and are aware of the situation. In 2013, newspapers reported the death of 10 children after a fire at one of the Daaras in Medina. Another news report claimed that a child beggar at a Daara died due to excessive physical violence because he did not bring money back.

President Macky Sall took action against the current situation and announced that Daaras will be modernized nation-wide. Funded by the Islamic Development Bank, the project includes the establishment of non-religious schools along with 64 religious schools. However, some Daaras are against the project as they claim that they are not coherent to Islamic education. Certain Daaras argue that some should be excluded, as they do not give a religious education. They are also concerned about the transformation of Daaras as French schools under the name of modernization. Following the reaction of some NGOs, and public and religious societies, the project was withdrawn while religious scholars were consulted. It will be implemented when a common solution is found. According to a 2015 report from Human Rights Watch, three Marabouts who forced children to beg were imprisoned. This year between June 22 and June 24, representatives of the Economic Community of West African States (ECOWAS) came together to discuss the problem. The officials said that child begging is a serious threat to the ECOWAS. Urging common action, the officials said that a legal framework has to be formed as soon as possible for the protection of children and to punish the Daaras responsible for the tragedy.
RELATED TOPICS